The staff also unveiled a visual: 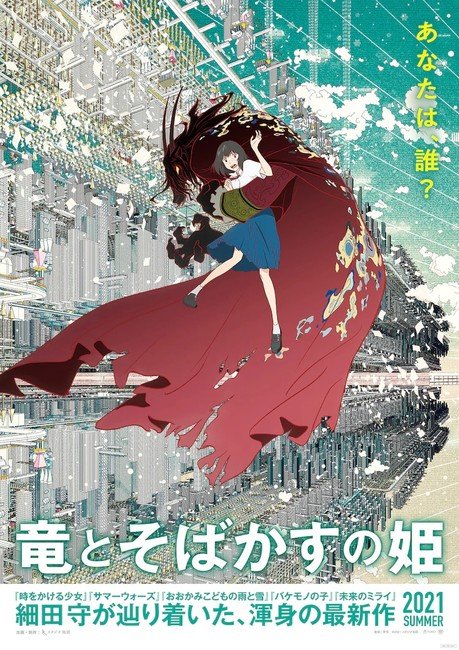 Hosoda (The Girl Who Leapt Through Time, Summer Wars,The Boy and The Beast, Mirai) is directing and scripting the film, and is also credited for the original work. The film will mark Studio Chizu's 10th anniversary.

The film Suzu, a 17-year-old high school student who lost her mother at an early age due to an accident, and is now living in an unpopulated rural town with her father. Suzu learns about "U," a virtual world. She joins "U" as an avatar named Belle, whose singing attracts worldwide attention. Belle meets a mysterious creature who is shaped like a dragon.