Netflix unveiled a new trailer and visual on Thursday for B: The Beginning Succession, the second season of the B: The Beginning anime. The trailer reveals the anime's March 18 worldwide debut on Netflix, as well as more returning cast and staff. The trailer below has audio that can be switched between the English and Japanese dub. 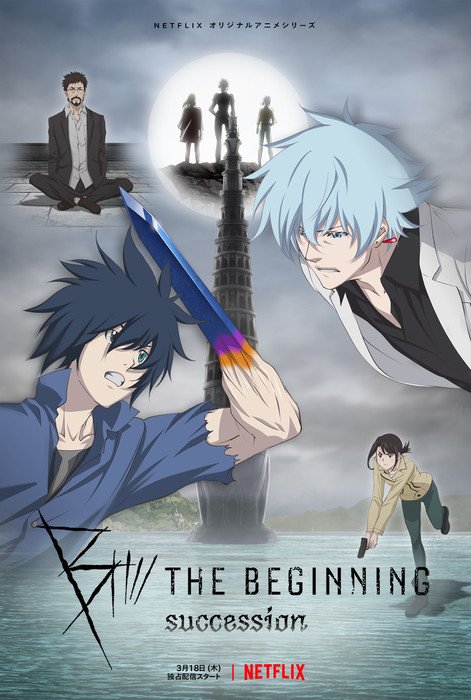 ACCAMER is performing the anime's ending theme song "Be Down."

Kazuto Nakazawa (Kill Bill's animated segment, Moondrive, Parasite Dolls) and Production I.G are listed as the original creators. Itsuro Kawasaki (episode director for B: The Beginning) is directing the series, and Nakazawa is serving as supervising director. Nakazawa and Katsunari Ishida are in charge of series composition. Nazakawa, Akane Yano (And you thought there is never a girl online?), and Hideoki Kusama (Grand Blue Dreaming) are designing the characters. Voice actors Yuuki Kaji, Hiroaki Hirata, Asami Seto, and Satomi Satou are reprising their roles from the first season.

After Keith and Koku solved the incidents successfully , the world has regained its composure. In the months since then, Keith returns to the RIS to conduct his own investigation, and Koku is living a peaceful life with Yuna. They are visited by Kirisame, who was once supposed to have broken up with Kurou in death at the Faura Blanca Institute…

Production I.G released B: The Beginning in March 2018 on Netflix.

In a world powered by advanced technology, crime and action sweep through the archipelagic nation of cremona. Chief among the major players is “Killer B” - a serial killer who has thrown the city into chaos. The stories of Koku, the protagonist, Keith, a legendary investigator of the Royal Investigation Service, and a mysterious criminal organization intertwine on the path to reach their objectives. A wide variety of unforgettable characters surround them on the journey, as they attempt to stop a chain of horrific crimes in this suspense drama.

Nakazawa and Production I.G are listed as the original creators. Nakazawa and Yoshiki Yamakawa (Little Busters!) directed the series, and Nakazawa also designed the characters and served as key animation supervisor. Katsuya Ishida wrote the screenplay.

Shout! Factory and Anime Limited released the anime on Blu-ray Disc and DVD in North America in October 2020 with both a standard and limited edition.