The staff of Gotōbun no Hanayome ∬ (The Quintessential Quintuplets ∬), the series' second anime season, announced on Friday that the anime is getting a sequel. TBS Animation streamed an announcement promotional video, and the anime's official Twitter account unveiled a visual. 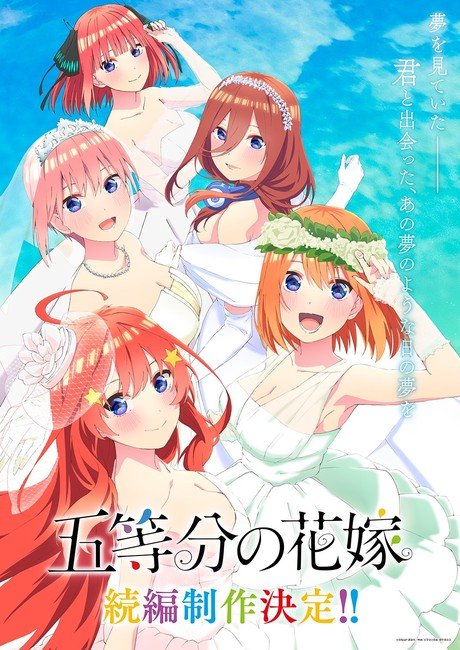 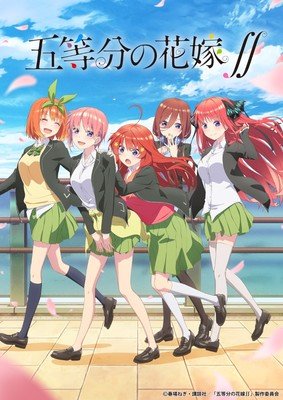 The new season was originally scheduled to premiere in October but was delayed due to COVID-19.