The official website for the anime of Nanashi's Don't Toy with Me, Miss Nagatoro (Ijiranaide, Nagatoro-san) manga posted the anime's second full promotional video on Tuesday. The video announces that the anime will premiere on April 10, and it features the three "Nagatoro Friends" as played by Mikako Komatsu, Aina Suzuki, and Shiori Izawa. The video ends with a tease of an important character from the manga.

The series will premiere on the Tokyo MX and BS11 channels on April 10 at 25:00 (effectively, April 11 at 1:00 a.m.) It will also run on MBS and AT-X. The cast and staff will appear in a talk segment during an advance screening of the anime on March 27 at Tokyo's Ikebukuro Human Cinema theater and on March 28 at Tokyo's Shinjuku Wald 9 theater. 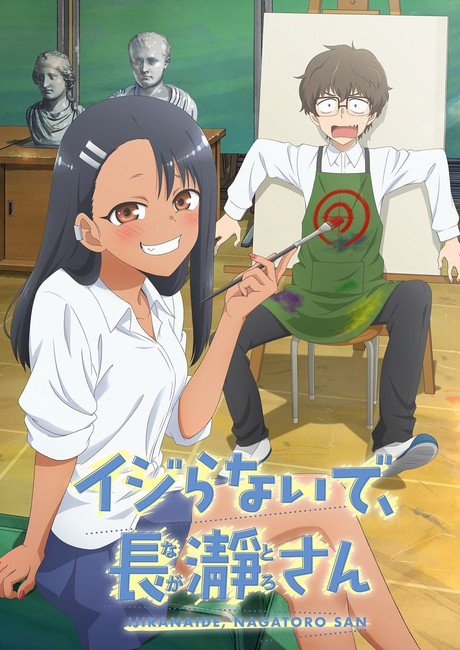