The official website for the anime of Keigo Maki's romantic comedy manga Shikimori's Not Just a Cutie (Kawaii Dake Ja Nai Shikimori-san) revealed on Wednesday that Ayaka Fukuhara is joining the anime's cast as Kamiya, a classmate of Izumi's in his first year. She presents a cool but kind exterior, and has fans from boys and girls alike. She is also the ace of the volleyball team. 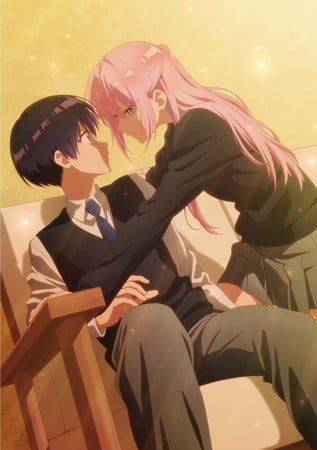 The anime will premiere on Asahi Broadcasting, TV Asahi, and 22 affiliated networks on the ANiMAZiNG!!! block on April 9.

Ryota Itoh (My Senpai Is Annoying) is directing the anime at Doga Kobo with Shōhei Yamanaka as assistant director. Yoshimi Narita (HappinessCharge PreCure!, Our love has always been 10 centimeters apart., My Senpai Is Annoying) is in charge of the series scripts. Ai Kikuchi (Engaged to the Unidentified, New Game!, How Heavy Are the Dumbbells You Lift?) is designing the characters. Nasuo☆ will perform the opening theme song, while Yuki Nakashima will perform the ending song.

Crunchyroll will stream the anime.

Shikimori seems like the perfect girlfriend: cute, fun to be around, sweet when she wants to be... but she has a cool dark side that comes out under the right circumstances. And her boyfriend Izumi loves to be around when that happens! A fun and funny high school romance with a sassy twist perfect for fans of Nagatoro-san and Komi Can't Communicate!

Maki launched the ongoing manga on the Magazine Pocket app in February 2019.