The official Twitter account of the Science Adventure franchise posted an image invoking Steins;Gate on Twitter on Thursday. The Tweet includes a hashtag for Steins;Gate, and it reads "Worldline divergence '0.210317%' The story is 'reproduced.' " The picture teases the same number in the style of the Divergence Meter from the Steins;Gate series, and the digits can be read as "March 17, 2021" (21/03/17). 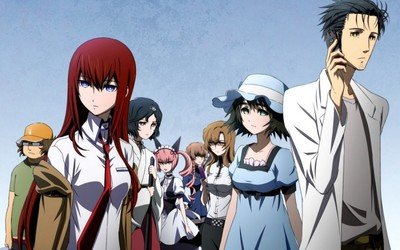 The Steins;Gate game is inspiring a live-action television adaptation in Hollywood.

MAGES. had previously revealed a "new Steins; science-adventure project," but stated specifically that the new project will not be Steins;Gate.

The Steins;Gate game shipped in 2009 and inspired a television anime in 2011. The game also inspired the Steins;Gate – The Movie – Load Region of Déjà Vu sequel film in 2013 and the alternate retelling anime Steins;Gate 0 in 2018. The franchise also includes several sequel and spinoff games, and manga adaptations.