The two primary villains of Mars Red seemed to have the series' evil bases covered, setting up two vastly different masterminds at the center of a nation-spanning military conspiracy. General Nakajima dreamed of a super-vampire squadron that would warrant Japan's military supremacy and spare human lives -- or so he said.

To accomplish this, Nakajima collaborates with the brilliant but erratic Rufus Glenn, a Scottish trickster vampire with Joker-like tendencies. But unfortunately for them, their big, bold plan collapses in spectacular fashion in Episode 12 of Mars Red. 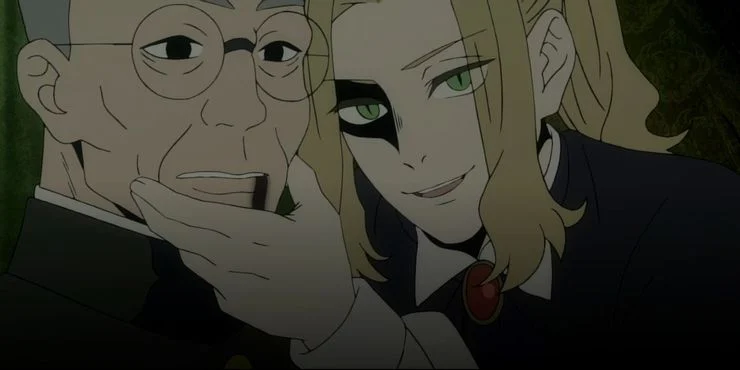 Using their combined resources, Nakajima and Glenn had developed Ascra, allegedly the perfect artificial blood for registered vampires. However, they contaminated it with a modified virus that turned vampires into dangerous addicts, and humans into mind-wiped and flammable vampires. Glenn used his merchant network to smuggle Ascra inside liquor barrels, while Nakajima presented it as a "vampire virus vaccine" and used it on the general population, creating a threat that would justify the deployment of his super-vampire squadron. After all, the safest way to dispose of vampires would be with stronger, patriotic vampires, right?

General Nakajima's plan was seriously flawed from the start. First, he's a horrible judge of character -- he mistook the military brass' obsession with technology as a disregard for human lives, and was surprised when his request to deploy the vampire squadrons was denied, having to use them instead for reconstruction efforts after the Great Kanto Earthquake. He alienated his daughter Misaki when she was human, then imprisons her after Glenn tries to kill her and Defrott turns her into a vampire. Nakajima also vastly underestimates his own men, the vampires of Code Zero, and their abilities. The only steadfast ally he retains is Maeda, and that's only because he was already broken before Mars Red started.

However, Nakajima's worst mistake was trusting Rufus Glenn with anything. Glenn was clearly a trickster vampire who never hides his true nature, as well as a bloodthirsty and chaotic evil archetype. He is also able to mimic anyone's voice, a trick he uses to kill and impersonate Japan's high command, snatch control of the vampire troops away from Nakajima and throw the general into an underground prison. 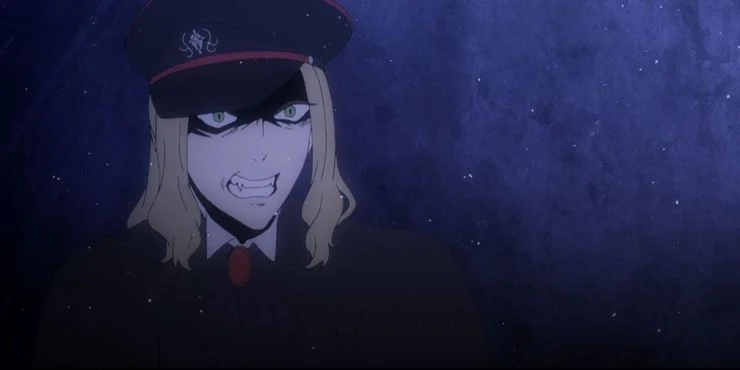 In the course of Mars Red Episode 12, Rufus Glenn's rapid rise to power is swiftly followed by a meteoric fall. Glenn is at the height of his power, leading the super-vampire squads across Japan and presenting himself as an evil savior. He even calls himself "The King of Vampires." However, his erratic mind proves to be his worst enemy -- he can't handle the sight of Defrott, whom he had tried to kill, playing Misaki's last role in front of an audience.

The thing that truly breaks him, though, is realizing he is very much not "The King of Vampires." In fact, Glenn is almost irrelevant to every single vampire except a poor girl he had transformed to have a captive audience. The zombie vampires are brain-dead and don't realize who he is. The super-soldiers had obeyed him out of habit but start to revolt. The vampire refugees don't even know he exists, and Code Zero are much more concerned with capturing Maeda than neutralizing Glenn.

Even Glenn's getaway plan is hacked by his protegé, a young vampire girl who had been forced to spy for him. She ultimately takes off with Suwa on a massive ship set for the New World. So, with Nakajima and Glenn so easily out of the way, does this mean Maeda was actually Mars Red's final villain all along?