Kadokawa announced on Wednesday that Nana Nanana and PARUM's Danjo no Yūjō wa Seiritsu Suru? (Iya, Shinai!!) (Can a Boy-Girl Friendship Hold Up? (No, it Can't!!)) light novel series has an anime in the works. The announcement did not specify a format for the anime. PARUM drew the below illustration to celebrate the anime's announcement. 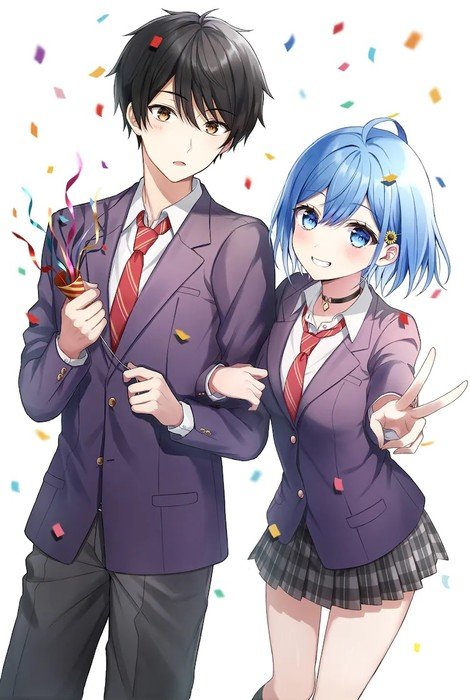 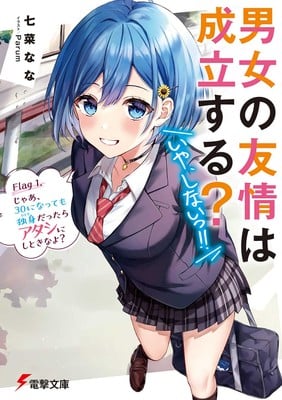 The romantic comedy novels center on the relationship between Himari Inuzuka and the flower-loving Yū Natsume, who swore to be friends forever during middle school. They spend their time together happily even until high school. But when Yū's first love reappears in his life, their relationship slowly becomes more chaotic, and Himari and Yū's relationship slowly turns into something else.

Nanana launched the light novel series with its first volume in January 2021, with illustrations by PARUM. Kadokawa released the fifth novel volume on Wednesday. Kamelie launched a manga adaptation in Kadokawa's Monthly Comic Dengeki Daioh magazine in August 2021. Kadokawa published the manga's first volume on May 9.