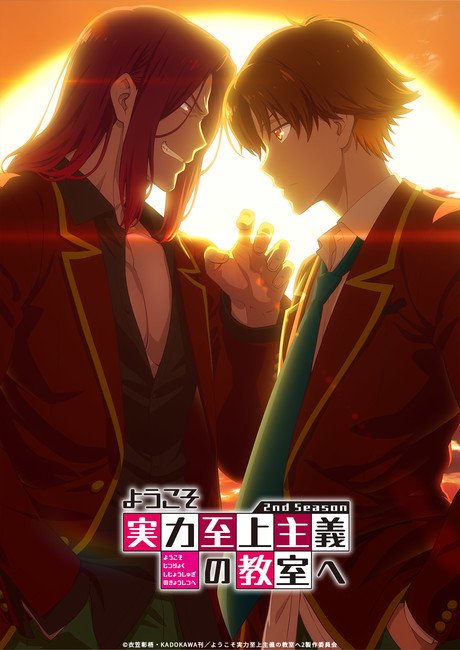 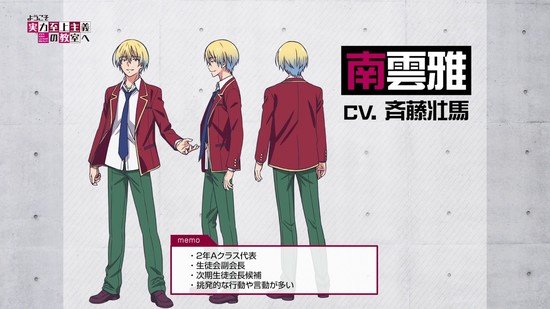 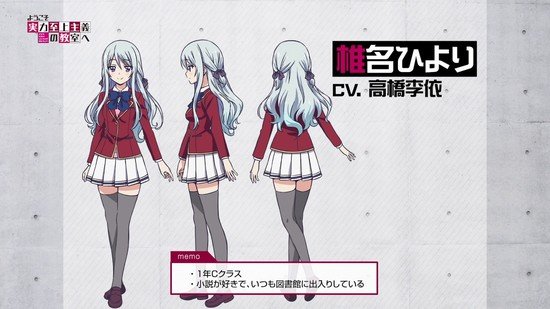 The second season will premiere on AT-X on July 4 at 9:00 p.m. JST. Crunchyroll will stream the anime as it airs under the title Classroom of the Elite II. The company will also stream an English dub.

Singer ZAQ is returning from the first season to perform the new opening theme song "Dance in the Game." Mai Fuchigami is singing the new ending theme song "Hito Jibai."

The first season premiered in July 2017. Crunchyroll streamed the series, and Funimation streamed an English dub. The anime is also getting a third season in 2023. The second and third seasons will adapt the original story's complete first-year-student arc.

Kiyotaka Ayanokoji has just enrolled at Tokyo Koudo Ikusei Senior High School, where it's said that 100% of students go on to college or find employment. But he ends up in Class 1-D, which is full of all the school's problem children. What's more, every month, the school awards students points with a cash value of 100,000 yen, and the classes employ a laissez-faire policy in which talking, sleeping, and even sabotage are permitted during class. One month later, Ayanokoji, Horikita, and the students of Class D learn the truth of the system in place within their school…

Kadokawa published the first volume of the original light novel series in May 2015. Seven Seas is releasing the novel series and its manga adaptation in English. The Classroom of the Elite: Year 2 (Yōkoso Jitsuryoku Shijō Shugi no Kyōshitsu e: 2-nen Sei Hen) light novels are a sequel to the main light novel series. The first novel volume of the new second year series debuted in Japan in January 2020 as the 15th overall book in the series (the series has three "in-between" short story anthology volumes prior to the start of the second year arc). Seven Seas is also releasing the sequel novels in English.