Classroom of the Elite TV Anime Gets Sequel

The official website for the television anime adaptation of Syougo Kinugasa's Classroom of the Elite (Yōkoso Jitsuryoku Shijō Shugi no Kyōshitsu e) light novel announced on Monday that the anime is getting a sequel. 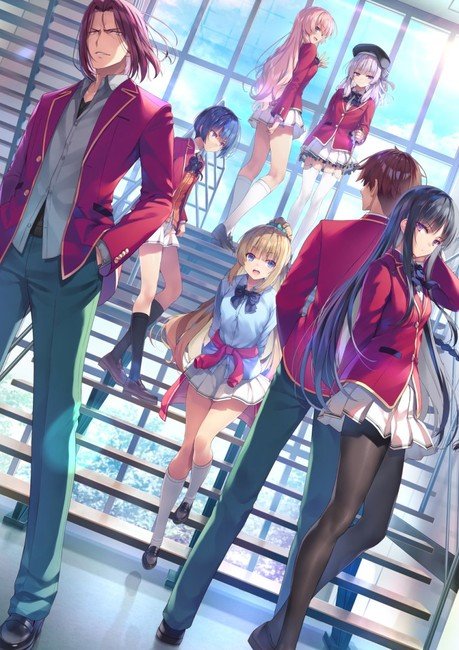 A special program will stream on the Kadokawa Anime YouTube channel on March 6 at 8:00 p.m. JST (6:00 a.m. EST) to reveal more information about the sequel. Shōya Chiba (voice of Kiyotaka Ayanokōji) and Yurika Kubo (voice of Kikyō Kushida) will appear on the program.

The Classroom of the Elite: Year 2 (Yōkoso Jitsuryoku Shijō Shugi no Kyōshitsu e: 2-nen Sei Hen) light novels are a sequel to the main light novel series. The first novel volume of the new second year series debuted in Japan in January 2020 as the 15th overall book in the series (the series has three "in-between" short story anthology volumes prior to the start of the second year arc). Shia Sasane launched a manga adaptation in December. Seven Seas Entertainment is releasing the novels in English.