The original manga takes place at the height of the Roman Empire, and follows Cestus, a boy who is enslaved and placed in a training school for boxers to fight in the Colosseum. 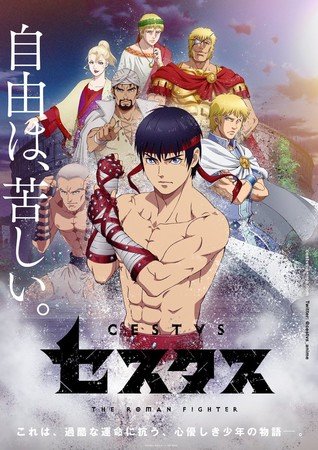 Hiromu Mineta is starring in the anime as Cestus, in his first starring role in an anime. The other cast members are:

Toshifumi Kawase (Tenjho Tenge, Matchless Raijin-Oh) is the chief director of the anime. Bandai Namco Pictures is producing the series. Professional boxer Yoshihiro Kamegai is advising the staff for boxing scenes in the anime. Masahiro Tokuda, Akihiro Manabe, and Yoshiyasu Ueda are composing the music. LOGIC&MAGIC is producing the CG. The group Dragon Ash are performing the opening theme song "Endeavor."