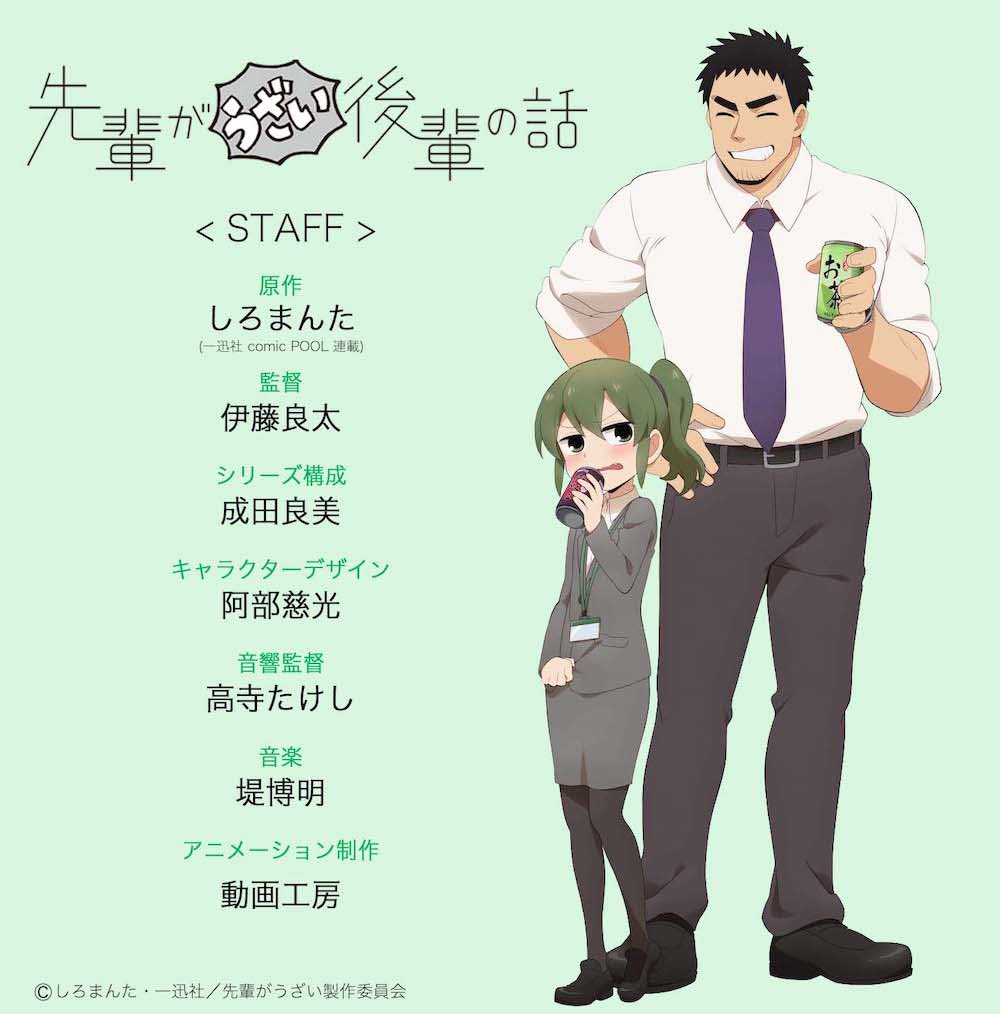 My Senpai is Annoying Teaser Visual

Shiromanta originally wrote the manga My Senpai is Annoying and also serialized it online via Ichijinsha’s comic POOL. In addition, the manga currently has 5 volumes which started in 2017 and is still currently ongoing. The manga is available in Japanese, as well as in the English version in which Seven Seas Entertainment holds the license to publish it.

Also, in case you don’t know what the manga is about, you can read the synopsis below:

Igarashi is a hardworking young office lady. Takeda, the senpai above her at work, annoys her constantly–and yet she finds herself growing closer to him. Every day is filled with comic mishaps and romantic moments as Igarashi tries to balance work, life, and love. This full-color manga–which started its life as a webcomic–is sure to charm audiences of workplace comedies like Aggretsuko and The Office!
Synopsis via Seven Seas Entertainment