Harem anime and manga titles usually consist of a “good-for-nothing” introverted male protagonist who magically becomes the eye of affection of many charming girls. The storylines behind these series are sometimes a bit generic, but they still have their moments of being pure comedy and fun. The genre has been increasing in popularity over the years with titles like Girlfriend, Girlfriend and Nisekoi. Here are five iconic harem shows that are worth watching. 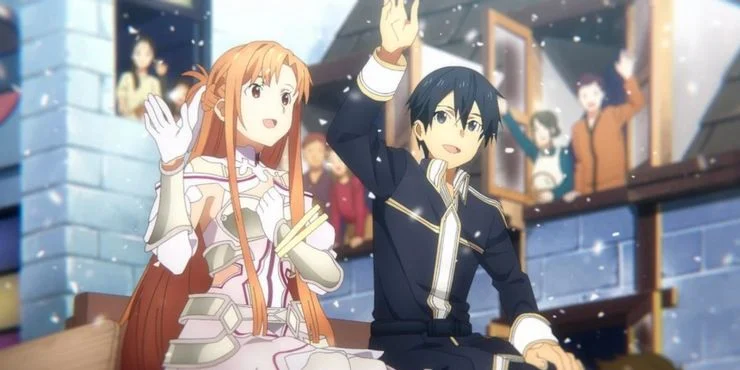 Sword Art Online focuses on a male protagonist named Kazuto “Kirito” Kirigaya who enjoys playing virtual reality games. One day, he gets trapped in the virtual world of Sword Art Online, alongside many other players. The only way to return to the real world is to defeat the final boss in the game. Along the way, he befriends and falls for another player, Asuna Yuuki.

The SAO franchise now consists of various virtual worlds where various problems arise. Kirito always plays the role of the hero in these games, and he also has at least one (or more) female protagonist supporting him in his efforts. However, none of these players can compare to Asuna. Kirito is devoted to her, always coming to her rescue and vice versa. 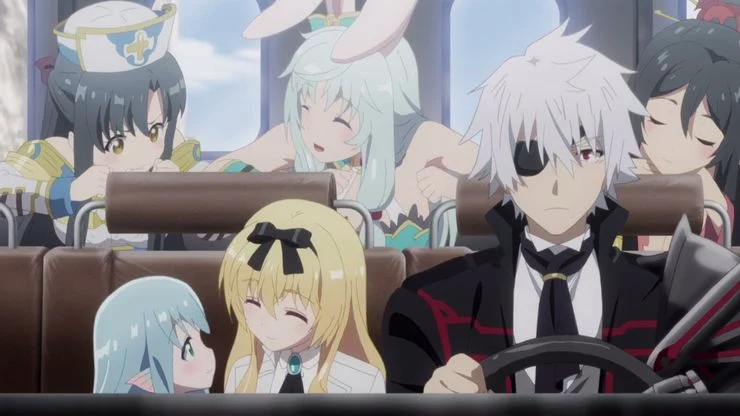 In this series, Hajime Nagumo and his classmates are transported to a fantasy world, where each student is granted special magical abilities except for Hajime, who only knows basic alchemy. During a dungeon raid, one of Hajime’s classmates purposely aims their magic at Hajime, and he accidentally falls to the bottom of the dungeon. However, while stuck there, Hajime survives and becomes stronger, eventually escaping alongside the imprisoned vampire Yue and becoming a mercenary.

As the story develops, Hajime and Yue begin to have feelings for one another. Hajime and Yue's relationship blossoms as they survive and escape the lower levels of a dungeon filled with monsters. However, Hajime also slowly gains the affection of the other female characters in his party, including the rabbit girl Shea Haulia and the dragon lady Tio Klarus. However, Hajime remains loyal to Yue throughout the series. 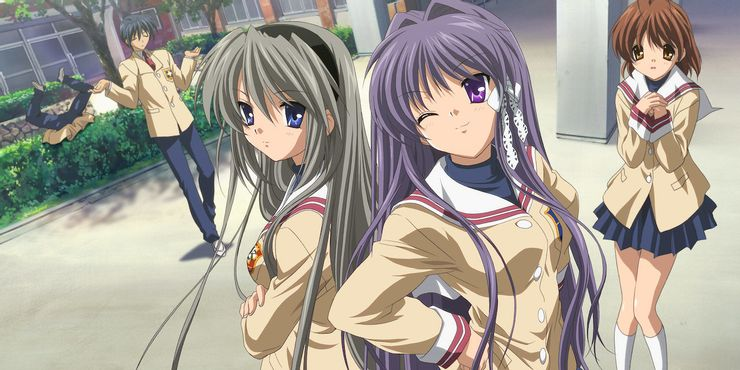 Kyoto Animation’s Clannad is based on the Japanese visual novel developed by Key. Tomoya Okazaki is a “delinquent” high school student who dislikes his hometown and has no future aspirations. However, he has a selfless and caring personality when it comes to his friends. Tomoya befriends several female classmates, including Nagisa Furukawa, a timid girl with an unfortunate illness that forces her to depend on others. The story focuses on Tomoya's journey to self-discovery as he develops strong relationships with his peers and comes to terms with his issues and hardships.

Clannad is an emotional rollercoaster. The series' main romantic storyline is between Tomoya and Nagisa, and although Tomoya has intimate moments with many supporting female characters, these tend to be selfless acts of friendship rather than anything romantic. Tomoya’s interactions with the other characters showcase his individual growth as a man, but these interactions also strengthen his bond with Nagisa as she helps him solve their peers’ problems. 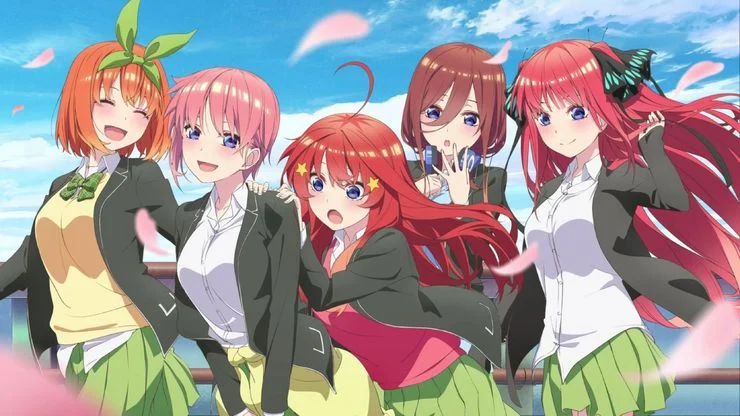 Negi Haruba’s The Quintessential Quintuplets is a romantic comedy harem series centered around a high school boy named Futaro Uesugi, who tutors five identical quintuplet sisters with varying personalities. Futaro becomes a tutor for the Nakano family to pay off his father’s debt. All five Nakano sisters have horrible academic grades, and they initially aren't thrilled to have Futaro as a tutor. Eventually though, Futaro’s persistence leads the sisters to accept him as their tutor. Futaro slowly forms strong bonds with each girl, which leads to a glimpse into the future where Futaro actually marries one of them.

Harem anime usually provide open-ended conclusions, where viewers aren’t sure who the main protagonist ends up with, or else shows only imply a possible romantic relationship between the protagonist and one of the supporting characters. However, The Quintessential Quintuplets guarantees the audience a happy ending, resulting in viewers trying to figure out who Futaro’s future bride-to-be is throughout each episode. 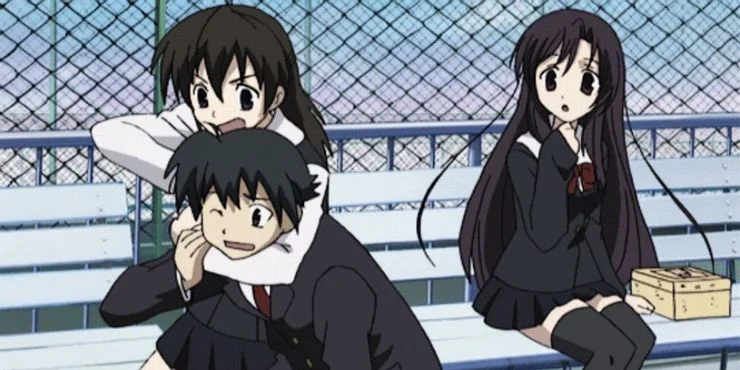 Last but not least, School Days is based on a Japanese visual novel of the same name. Makoto Itou is a first-year high school student who has a crush on his soft-spoken classmate Kotonoha Katsura. To win her affections, Makoto gets dating advice from his classmate Sekai Saionji, who eventually takes an interest in Makoto after he gets into a relationship with Kotonoha. Soon after, Makoto gets caught up in his dating life as he starts dating two girls at once.

Many fans have found themselves frustrated by the characterization of Makoto, who is your standard “player.” He not only dates Sekai and Kotonoha, but also flirts and sleeps with other female classmates. One could see Makoto as enjoying his youth, but at the same time, he causes emotional and mental trauma for the girls he befriends. School Days is the ultimate harem that gives an exaggerated dramatic conclusion of what happens if you date more than one girl at once.