The 6th anniversary visual features the idols in full white costumes under the annotation of “We’re IDOL, We’re ARTIST.” A commercial campaign will also be held in Shinjuku Station.

■ Free 77 Gacha Draw
From August 20 to 30, players can obtain a maximum of 77 free gacha draws. The special gacha will feature both regular and REUNION costume and 7 SSR characters are guaranteed to be obtained.

■ Login Bonus
From August 20 to 31, players can choose 4 of your favorite SSR cards by logging into the game for seven consecutive days. A maximum of 60 stella stones and various in-game items can also be obtained. 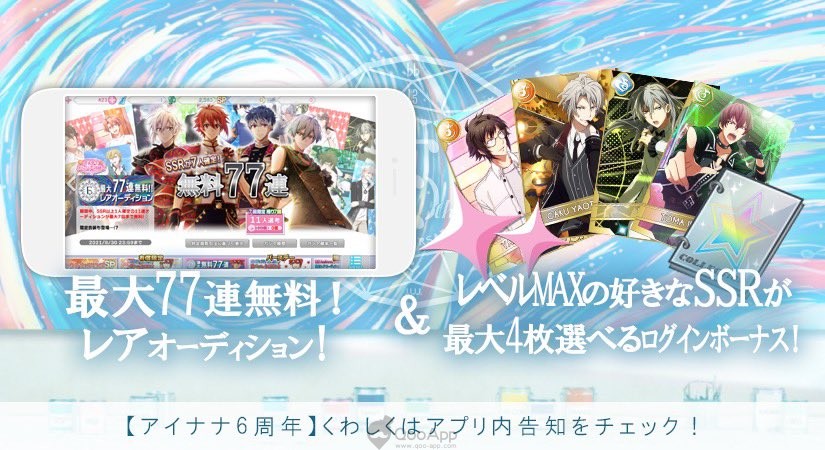 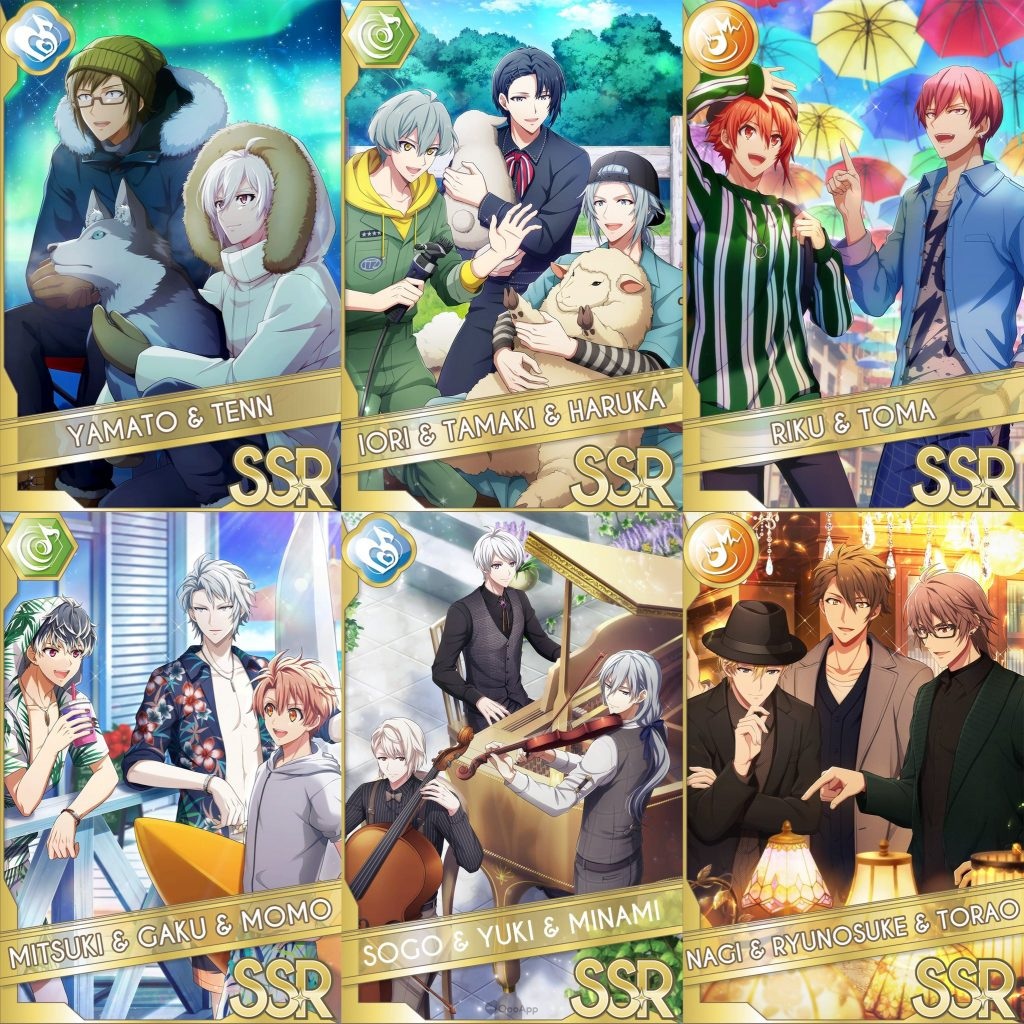 ■ System Update
The game system has been updated with a new Shop UI and more items available in the Shop. The Costume button is now more visible at HOME. A new Audition performance will also be available. 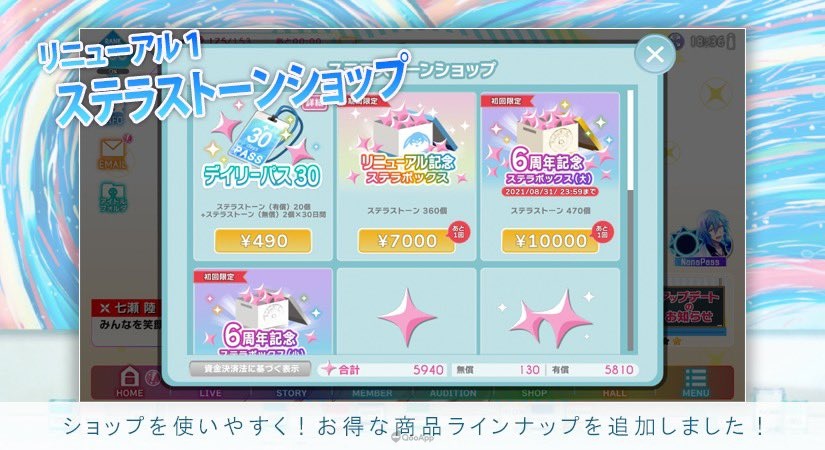 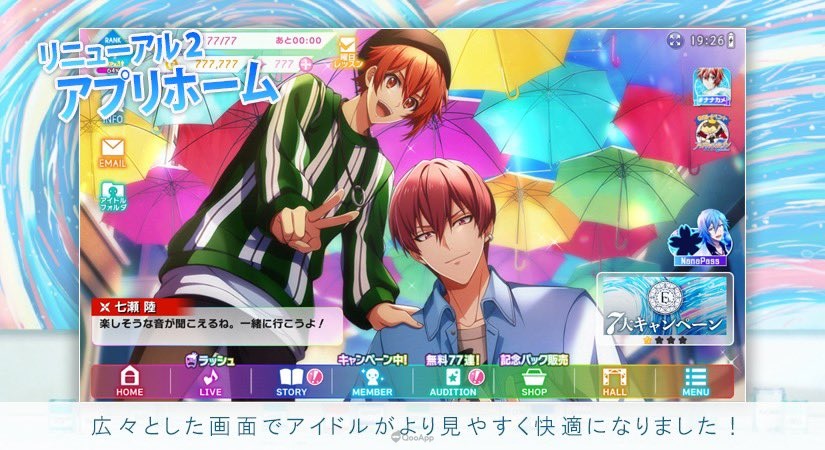 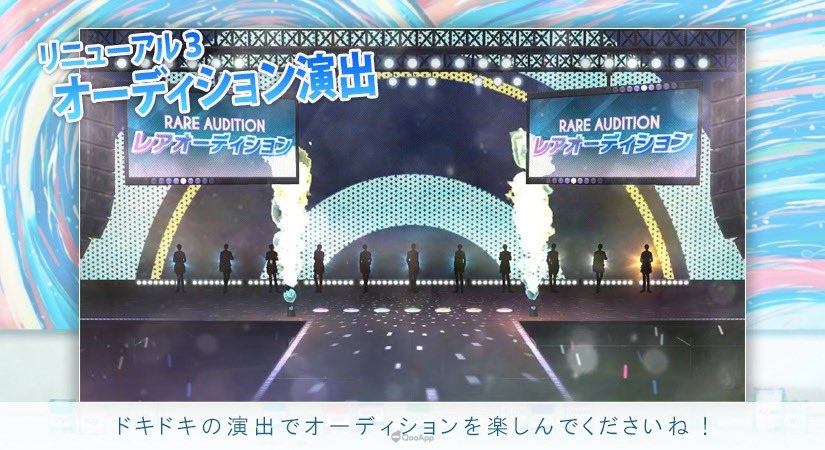 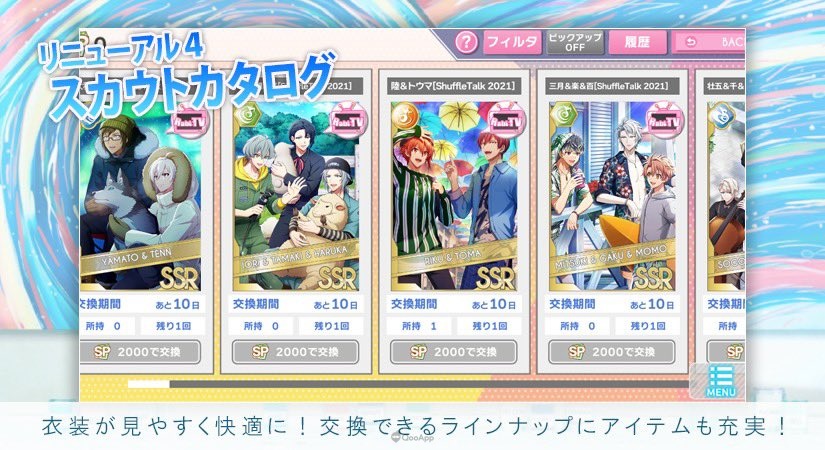 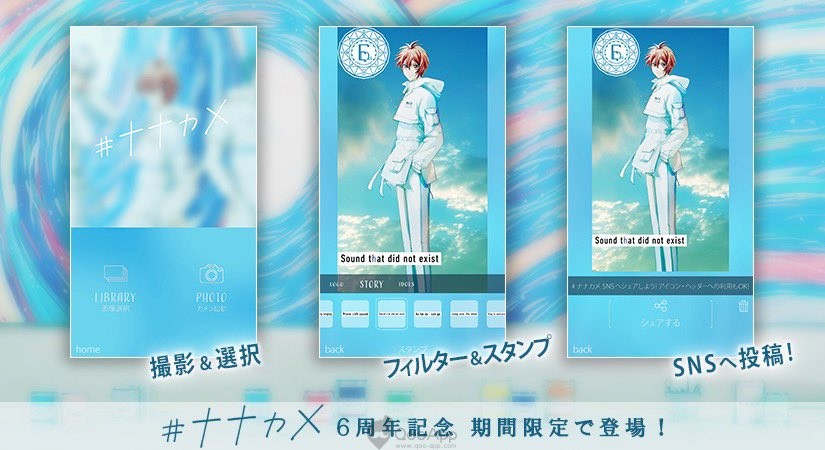 The Part 5 of the Main Story is confirmed to release this winter. Details will be revealed later on the official Twitter.