IDOLiSH7 Third Beat!, the third IDOLiSH7 anime season, ended its first half on Sunday with an announcement that the second half will premiere next year. Accompanying the news is a new visual of the idol group ŹOOĻ: 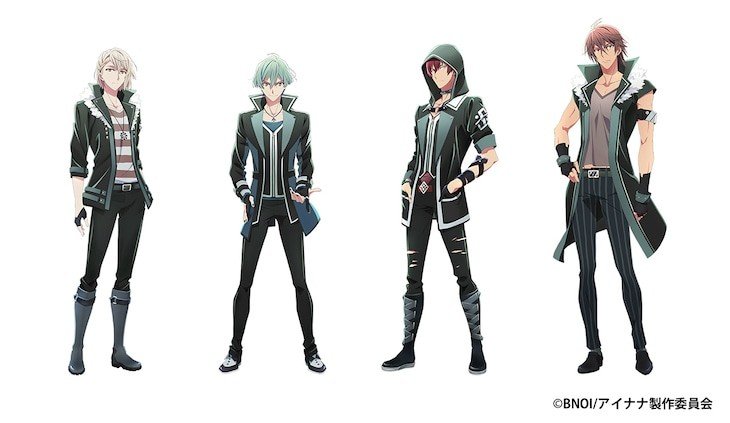 The third season is running for two split cours (quarters of the year). The first half of the season premiered on July 4, and Crunchyroll is streaming the anime in North America, Central America, South America, Europe, Africa, Oceania, the Middle East, and the Commonwealth of Independent States.

The staff from the previous two anime and the Vibrato spinoff net anime returned for the third season. Makoto Bessho is again directing the new season at TROYCA, and Ayumi Sekine is back in charge of the series scripts. Ei Aoki is returning to supervise, and Kasumi Fukagawa is again adapting the original character designs by Arina Tanemura. Masami Inomata is back as the chief animation director.

The first television anime based on the IDOLiSH7 smartphone game premiered in Japan in January 2018 and had 17 episodes. Crunchyroll streamed the series as it aired. The IDOLiSH7 Vibrato spinoff series of net anime shorts then launched in February 2018.

The second season was delayed starting with the fifth episode due to the state of emergency declaration against the spread of the new coronavirus disease (COVID-19). The season resumed with episode 3 on October 4, 2020.