Kadokawa announced on Thursday that it is producing a new work in the Gamera giant monster franchise titled Gamera -Rebirth-. The work will stream on Netflix worldwide. Kadokawa did not reveal the format of the new work, but Kadokawa's anime YouTube channel is streaming the below teaser trailer. 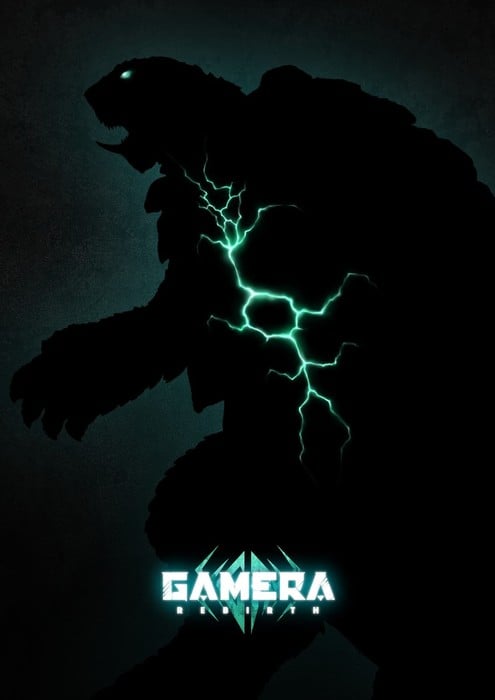 The project will have a scale figure display at the Tamashii Nation 2022 event, which will take place from Friday to Sunday. The project's visuals will also appear on the Tōkyū Tōyoko train line's Shibuya Super Board in Tokyo and the Umeda Bigman billboard in Osaka.

The giant, fire-breathing turtle monster Gamera made his debut in Daiei's 1965 film Daikaijū Gamera (Gamera the Giant Monster). Daiei intended the film to compete with TOHO's similar smash hit giant monster movie Godzilla. The 12th and most recent film in the franchise was Chiisaki Yūsha-tachi ~Gamera~ (Gamera the Brave) in 2006.