The third part is billed as the anime franchise's "conclusion." 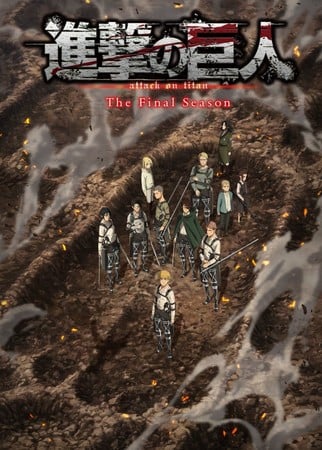 The Attack on Titan The Final Season anime premiered on NHK in December 2020 and aired for 16 episodes. Funimation and Crunchyroll both streamed the anime with English subtitles. Adult Swim's Toonami programming block began airing the anime in January 2021, and Funimation began streaming an English dub in the same month.

Attack on Titan The Final Season Part 2 premiered with episode 76 on the NHK General channel on January 9, and aired for 12 episodes. Crunchyroll and Funimation streamed the second part as it aired in Japan.

Hajime Isayama launched the original Attack on Titan manga in Kodansha's Bessatsu Shōnen Magazine in 2009, and ended the series in April 2021. The manga's 34th and final volume shipped in June 2021. Kodansha USA Publishing released the manga in English digitally and in print, and released the 34th volume in October 2021.

Isayama will attend the Anime NYC event on November 18-20.