Netflix began streaming an English-subtitled trailer for the anime series of Kousuke Oono's The Way of the Househusband (Gokushufudō) manga on Tuesday. The trailer reveals two new cast members for the anime, as well as its April 8 worldwide debut on Netflix. 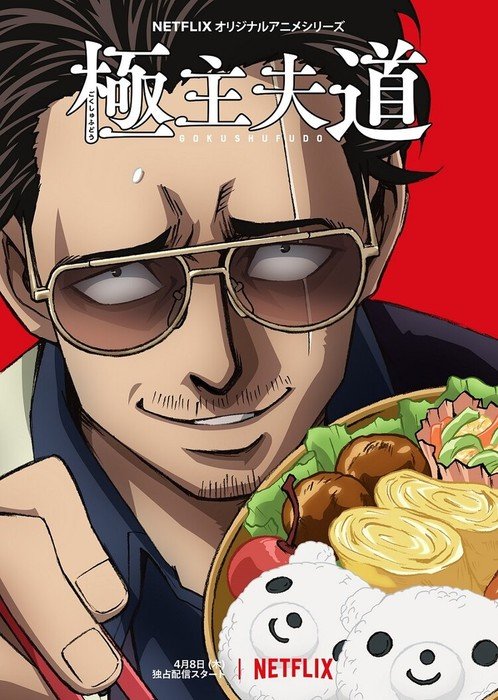 The Way of the Househusband follows a retired yakuza member known as "Immortal Tatsu" who is living out his post-crime career as a househusband. He still manages to find his way into trouble from time to time, except it's in the grocery aisle instead of some back alley.

Oono launched the manga on Shinchosha's Kurage Bunch website in February 2018, and Shinchosha will publish the seventh volume on March 9. Viz Media is publishing the manga in English, and it released the fourth volume in September 2020. Ther manga has inspired a live-action series that premiered in October 2020.

The manga won the Best Humor Publication category at last year's Will Eisner Comic Industry Awards. The series was acknowledged as a runner-up in 2019's Tsugi ni Kuru Manga Awards' web manga category and came in at #9 in last year's Web Manga General Election. The Kono Manga ga Sugoi! guidebook for 2019 ranked the manga at #8 for its top manga series for men. The series also ranked on Honya Club's "Nationwide Bookstore Employees' Recommended Comics" lists for 2018 and 2019.