The official website for the feature-length original anime DVD (OAD) for Nagabe's The Girl from the Other Side: Siúil, a Rún manga posted a full English-subtitled trailer with character voices on Friday.

The website also posted an English-subtitled talk session between the two lead cast members during their recording sessions:

The feature-length OAD will be bundled with a spinoff volume of the manga that will ship on March 10, 2022.

The anime stars Jun Fukuyama as Teacher and Rie Takahashi as Shiva. Yūtarō Kubo and Satomi Maiya are returning from the previous anime to direct, write the script, and design the characters, respectively. Schroeder-Headz is again composing the music, and Shōji Hata is returning as sound director.

Wit Studio previously produced a 10-minute anime adaptation of the manga that premiered at the Fantasia Festival in Montreal in August 2019. The anime has a DVD that bundled with the limited edition of the manga's eighth compiled book volume in September 2019. 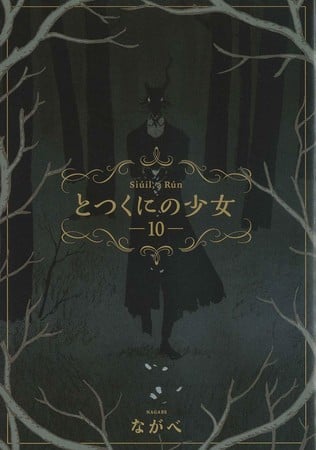 The manga also ended on March 5 in Mag Garden's Monthly Comic Garden magazine. Nagabe began the series in 2015 in the magazine. The manga's 11th and final main volume shipped on April 10.

In a world split between the Inside and the Outside, those living in both realms are told never to cross over to the other side, lest they be cursed. A young girl named Shiva lives on the other side, in a vacant village with a demonic guardian known only as “Teacher.” Although the two are forbidden to touch, they seem to share a bond that transcends their disparate appearances. But when Shiva leaves Teacher's care to seek out her grandmother, the secret behind her mysterious living arrangement comes to light.

The American Library Association's (ALA's) Young Adult Library Services Association (YALSA) ranked the manga on its list of Great Graphic Novels for Teens in 2018 and 2019. The manga was also nominated for the Best Comic award at the 45th Angoulême International Comics Festival in 2018.

Source: The Girl from the Other Side: Siúil, a Rún OAD's website, Comic Natalie