The newly revealed cast members include Yumiri Hanamori as Leda, Hidekatsu Shibata as Germane, Eiji Miyashita as Castor, and Haruki Ishiya as Pollux. 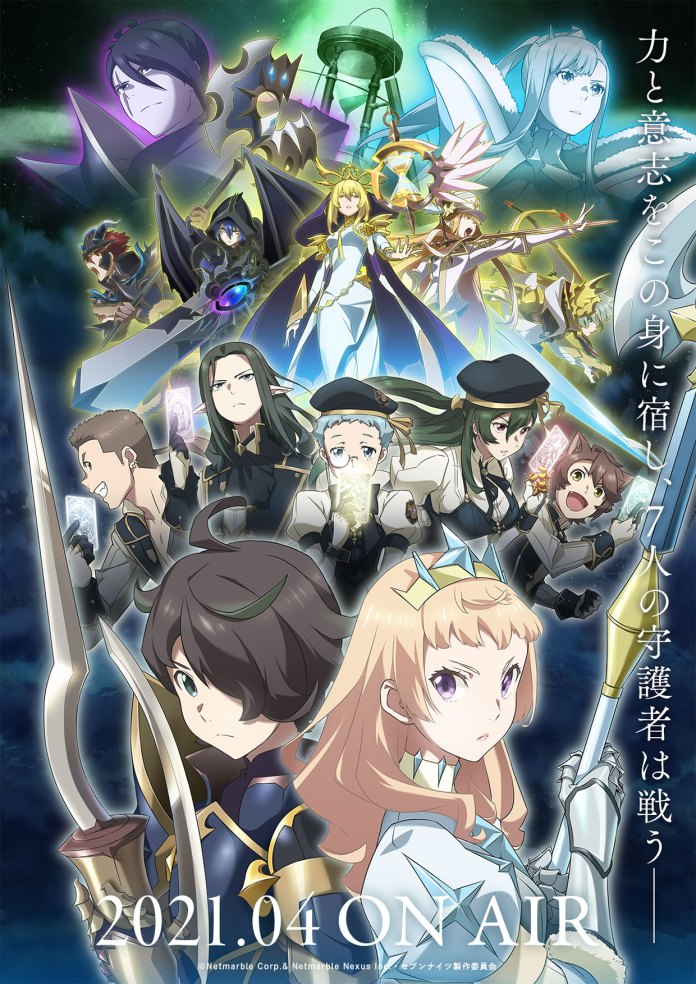 Seven Knights is an online free-to-play role-playing game created by Netmarble. It was released for Android and iOS devices in March 2014 in South Korea and in February 2016 in Japan. An anime television series adaptation by Liden Films and DOMERICA titled Seven Knights Revolution: Hero Successor premiered on April 5, 2021.

Long ago, Heroes had saved this world. Many Heroes fought against the powers of Destruction and protected the world.

Years in the future…

The Heroes had disappeared as the years passed and those possessing their powers called Successors now have the fate of the world in their hands. One of the elite Successors known as the Seven Knights is fighting an army of the Destruction when she saves a boy named Nemo. During the battle, Nemo awakens the powers of a Hero even he didn’t know about and displays his powers as a Successor. But his Hero is someone who no one knew and no one ever spoke of.