A livestream special featuring the cast and director of Aniplex's original anime film Hula Fulla Dance unveiled on Monday a new video for the movie, and it previews the theme song "Sunflower" by Philosophy no Dance.

The official YouTube channel for Philosophy no Dance streamed a music video for "Sunflower," which features the group performing at the real life Spa Resort Hawaiians hotel, which is also the setting for the anime:

Theatergoers will receive a "magic clear file," with a picture of the characters on front and a background image on the inside of the file. 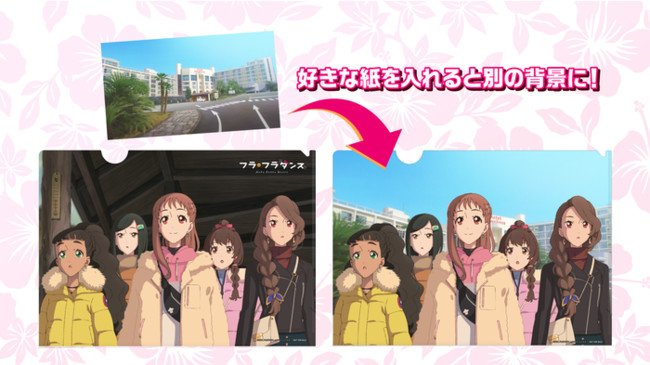 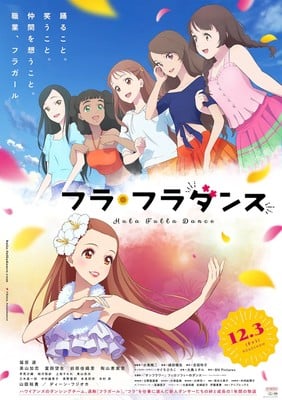 The film's story centers on Hiwa Natsunagi (played by Haruka Fukuhara), a novice at hula dancing who nevertheless takes a job as a hula dancer at the real life Spa Resort Hawaiians hotel. The film shows the relationships between her and her colleagues. The same hotel in Iwaki city, Fukushima was also the setting for the popular 2006 film Hula Girls. Iwaki is also the setting for Gaina's Hulaing Babies anime, which is similarly centered on hula dancing.

The film will open in Japan on Friday. The film was previously slated to open in Japan early this summer. The Tokyo International Film Festival, which took place from October 3 to November 8, also screened the film.

The anime, which is set in the Fukushima prefecture, is one of three anime projects that are part of the larger "Zutto Ōen Project 2011 + 10..." initiative aimed at promoting Miyagi, Iwate, and Fukushima. (The other two anime projects are Bakuten!! and Misaki no Mayoiga.) The "Zutto Ōen Project 2011 + 10..." is in remembrance of the 2011 Tōhoku earthquake and tsunami 10 years ago.

Mine Shidō launched a manga adaptation in Monthly Comic Alive in January. The manga ended on October 27.