Studio Chizu unveiled the English-subtitled international trailer for Mamoru Hosoda and the studio's new Belle (Ryū to Sobakasu no Hime, literally "The Dragon and the Freckled Princess") anime film on Wednesday. 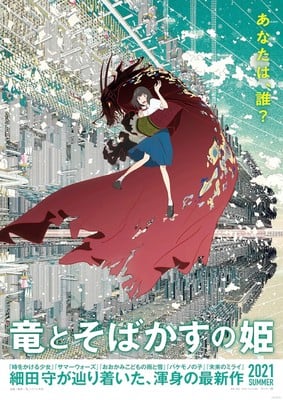 The film will open in Japan on July 16. 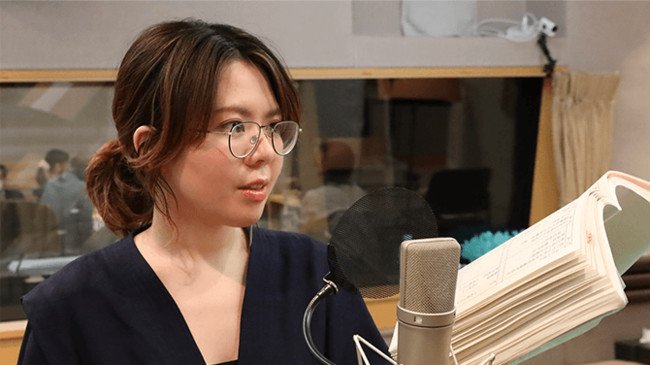 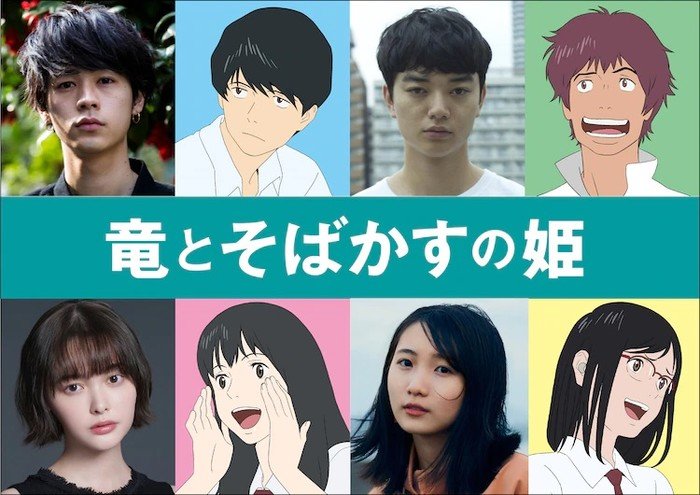 Ryō Narita plays Shinobu Hisatake (both upper left in image above), a childhood friend of Suzu's who worries about her. His place in the school basketball team earns him a lot of popularity with girls, but he maintains a mysterious aura. He once proposed to Suzu when they were kids.

Shōta Sometani plays Shinjirō Chikami (both upper right), the sole member of the school's canoeing team, who still aims for the nationals. He has a pure and straightforward heart committed toward his goals, but that commitment often alienates him from other people.

Tina Tamashiro as Ruka Watanabe (both lower left), a girl with the air of a fashion model, and an alto saxophonist in the school concert band. She is the kind of perfect girl that attracts everyone's attention.

Rira Ikuta (YOASOBI duo's vocalist ikura in her voice-acting debut) as Hiroka Betsuyaku (both lower right), Suzu's close friend and constant confidante. She has a sarcastic wit honed by many Internet interactions. She is the one that invites Suzu to the online world of "U," and acts as the producer of Suzu's character Belle. She is a key person in the story, being the only one that knows of the person behind Belle. 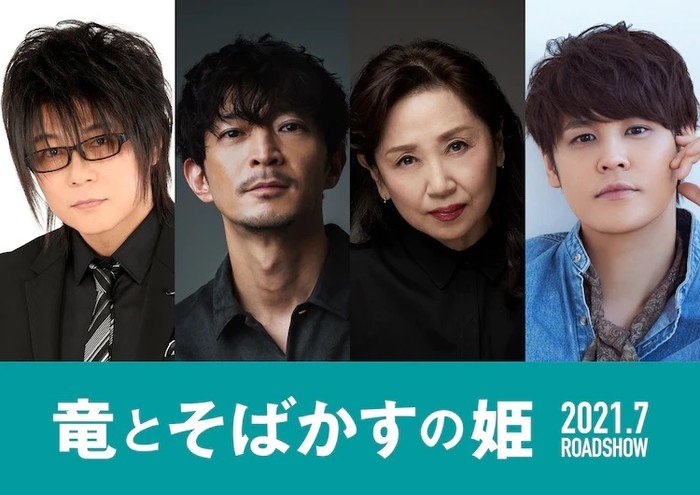 Toshiyuki Morikawa (leftmost in image above) plays Justian (seen below), who takes the uncovering of the dragon's identity as his personal mission as leader of the "Justice" vigilante group. Kenjiro Tsuda (center left in image above) plays Jelinek, a contemporary artist who is one of the likeliest candidates to be the dragon. Mami Koyama (center right) plays Swan, a lady that lives in a palatial estate that is also another likely candidate for the dragon. Mamoru Miyano plays both Muitarō Hitokawa and Tokoraemaru, YouTubers on the hunt for the dragon. 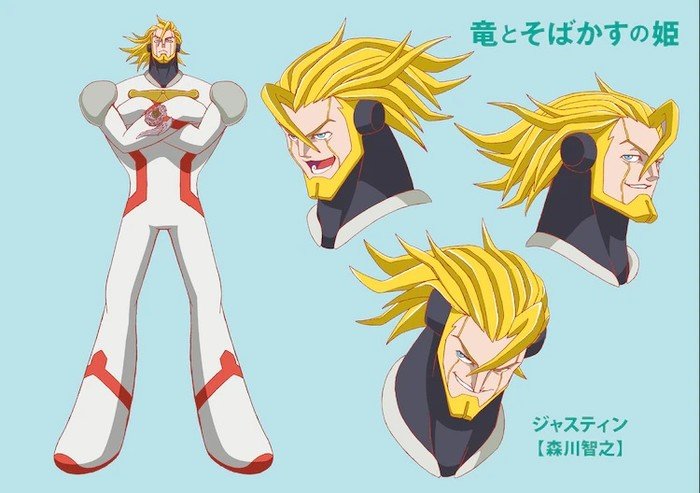 Kōji Yakusho will play the protagonist Suzu's father. This is Yakusho's third role in a Hosoda film; he voiced Kumatetsu in The Boy and The Beast, and the grandfather in Mirai. 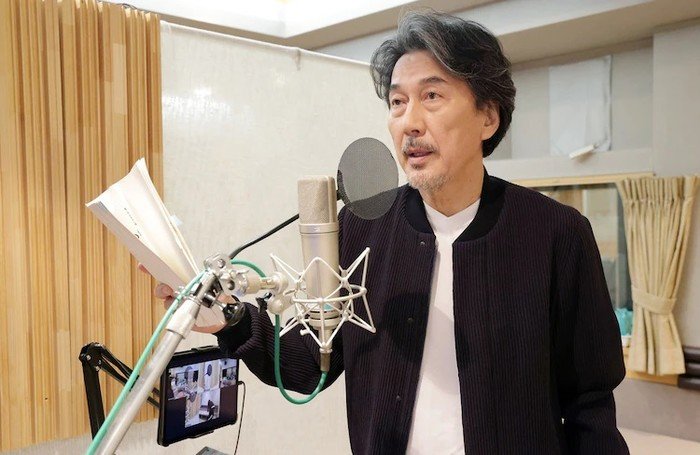 Yakusho's character is troubled with his distance from his adolescent daughter, and worries about how the loss of his wife has affected Suzu. He nevertheless watches over her. 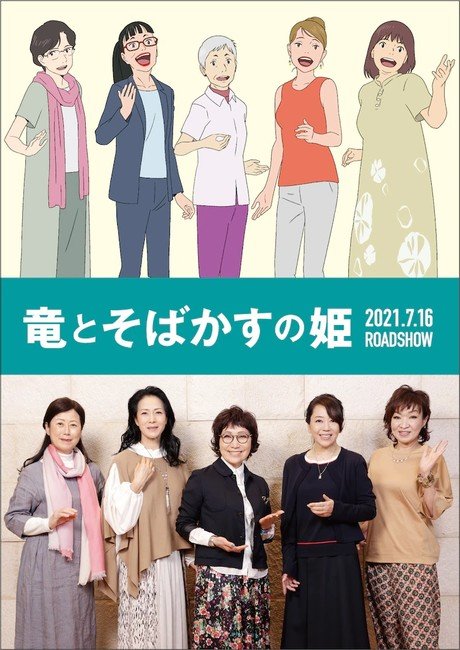 Other cast members include (pictured above from left to right):

Hosoda (The Girl Who Leapt Through Time, Summer Wars,The Boy and The Beast, Mirai) is directing and scripting the film, and is also credited for the original work. The film marks Studio Chizu's 10th anniversary. Taisei Iwasaki (Blood Blockade Battlefront, Dragon Pilot: Hisone and Masotan, The Naked Director) is the film's music director and composer.

Eric Wong, a London-based architect and designer, created the concept artwork for the film's online world of U. According to Chizu, "Hosoda personally found and commissioned Eric to come up with this universal and international "internet space" from both an architectural and design perspective."

Jin Kim (Frozen, Tangled, Big Hero 6, Moana) designed the titular protagonist Belle. According to Chizu, "Mamoru Hosoda and Jin have long respected each other's work but met for the first time when Mirai was nominated for an Oscar in Los Angeles. There, they promised to one day work on something creatively together and finally realized that goal with Belle." 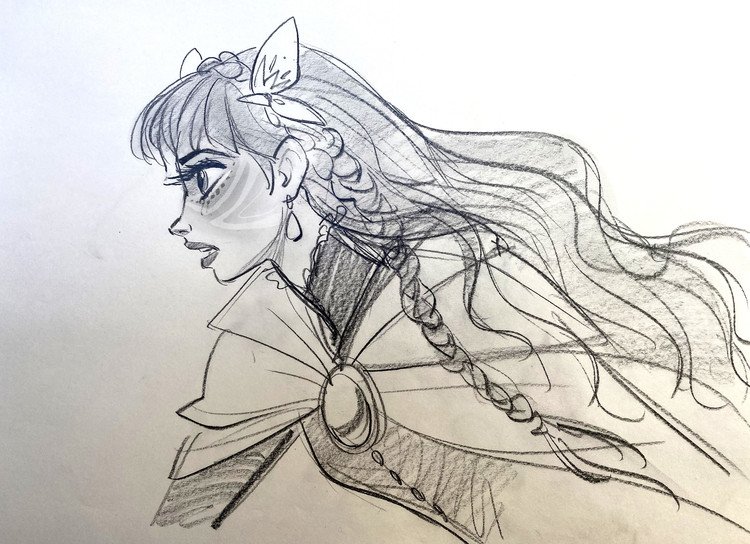 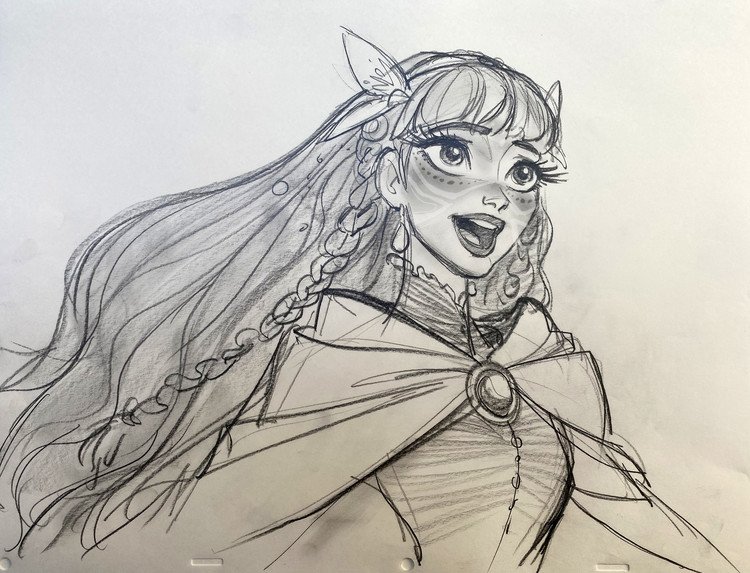 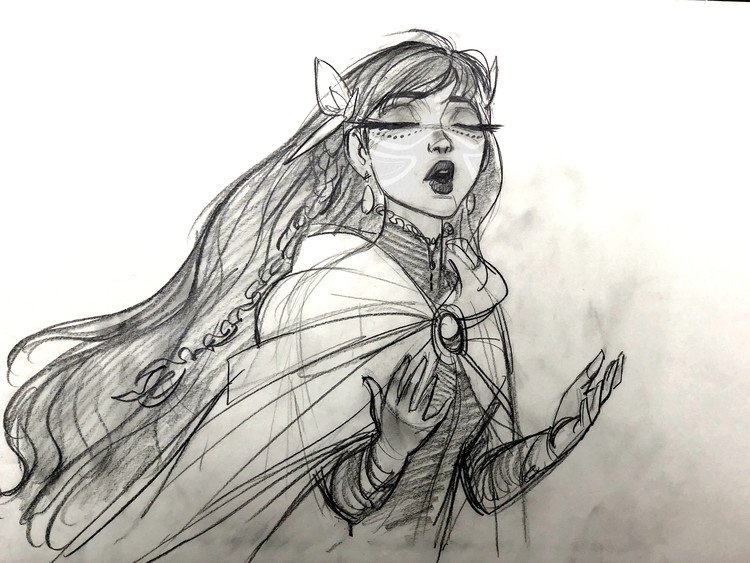