The above teaser visual's tagline reads, "Just what are you?"

Gou Koga (Gegege no Kitarō: Nippon Bakuretsu!!, One Piece Episode of Sabo) is directing the film at Toei Animation, and Hiroyuki Yoshino (Macross Frontier, World Trigger, 13 episodes in 2018 GeGeGe no Kitarō) is writing the screenplay. Touko Yatabe (2018 GeGeGe no Kitarō's third ending sequence unit director, Evangelion: 3.0+1.0: Thrice Upon A Time assistant director) is designing the characters, and also drew the teaser visual above. 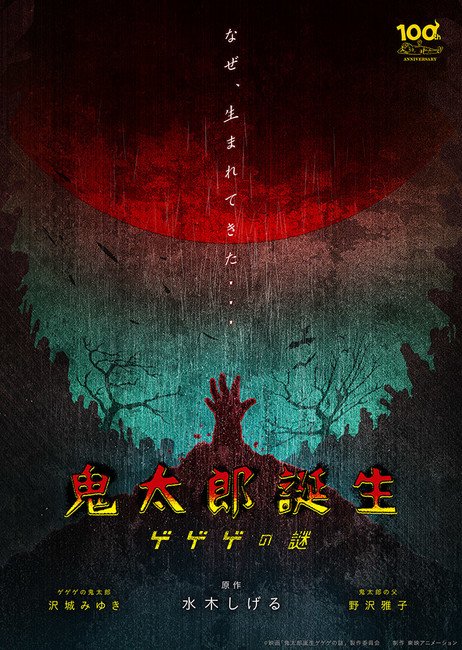 The tagline on the earlier teaser visual (shown at right) reads, "why was I born?"

The film is part of four "big projects" commemorating the 100-year anniversary of Shigeru Mizuki's birth. Mizuki passed away in 2015 at 93 years old. Another project is a new Akuma-kun anime.

The latest GeGeGe no Kitarō anime — the sixth television anime incarnation — premiered in April 2018 and replaced Dragon Ball Super in the same timeslot. The show entered its "second year" in April 2019, and then entered its "final arc" titled the "Nurarihyon Arc" in October 2019. The show ended its run in March 2020 after 97 episodes. Crunchyroll streamed the series as it aired. 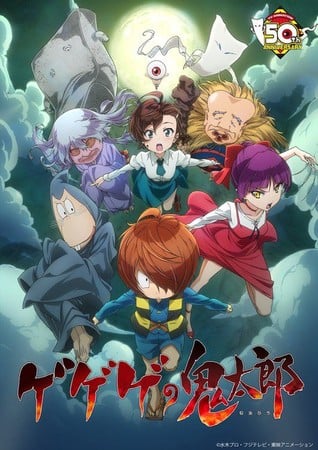 The 2018 anime starred Miyuki Sawashiro as Kitarō and Masako Nozawa as Medama Oyaji. Both will reprise roles for the film, although Nozawa is credited as "Kitarō's Father" instead of Medama Oyaji.

Mizuki's manga, which began in 1959 under the name Hakaba Kitarō, has spawned seven television series (including one Hakaba Kitarō anime), several animated movies, and two live-action films. The stories center on an inhuman boy who straddles the line between the human and supernatural worlds.