Aniplex began streaming on Friday a trailer for Kaguya-sama wa Kokurasetai -Ultra Romantic-, the third season of the Kaguya-sama: Love is War television anime, and it reveals that the season will premiere on April 8. 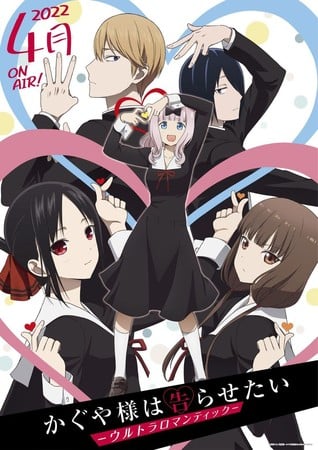 The returning staff members include: 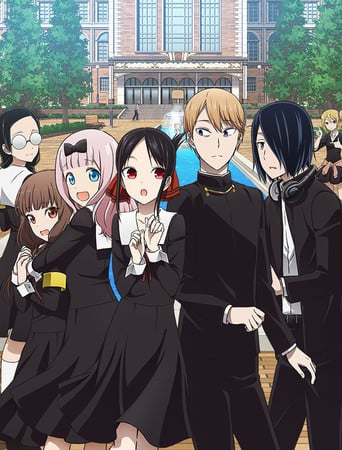 The first television anime premiered in January 2019 and aired for 12 episodes. Aniplex of America streamed the series on Hulu, Crunchyroll, and FunimationNow. The company also released the anime on Blu-ray Disc in February 2021.

The manga also inspired a live-action film that opened in Japan on September 2019. The film ranked at #1 in its opening weekend.

Akasaka began the series in Shueisha's Miracle Jump magazine in May 2015 but moved it to Young Jump in March 2016. The manga has also inspired two spinoff manga series.