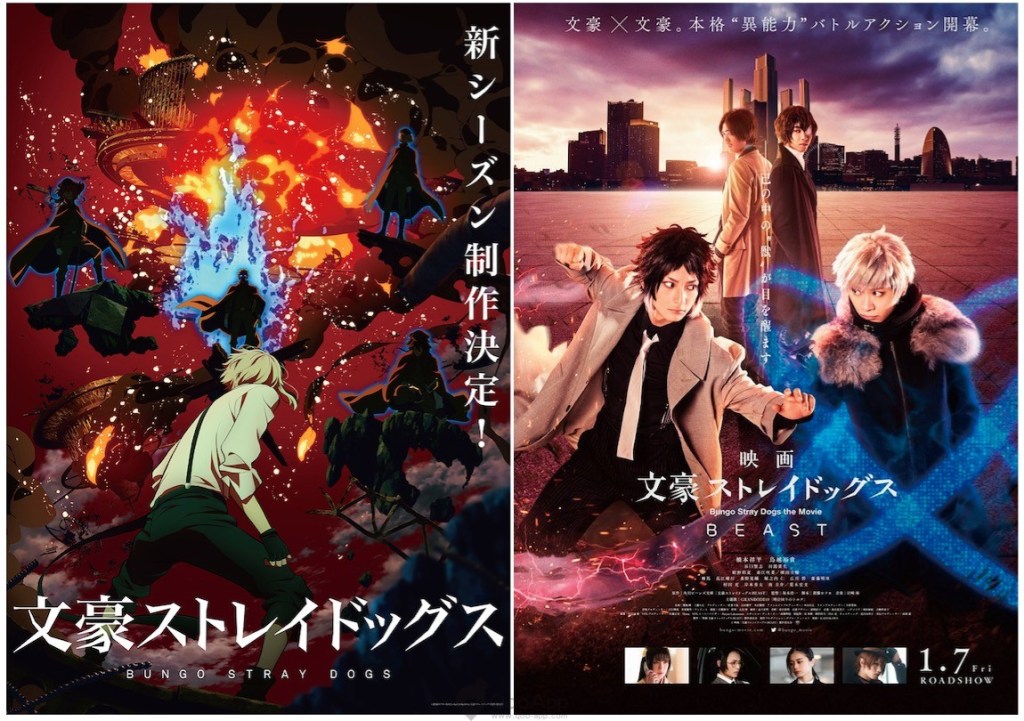 The announcement comes with a teaser visual created by the character designer Nobuhiro Arai. 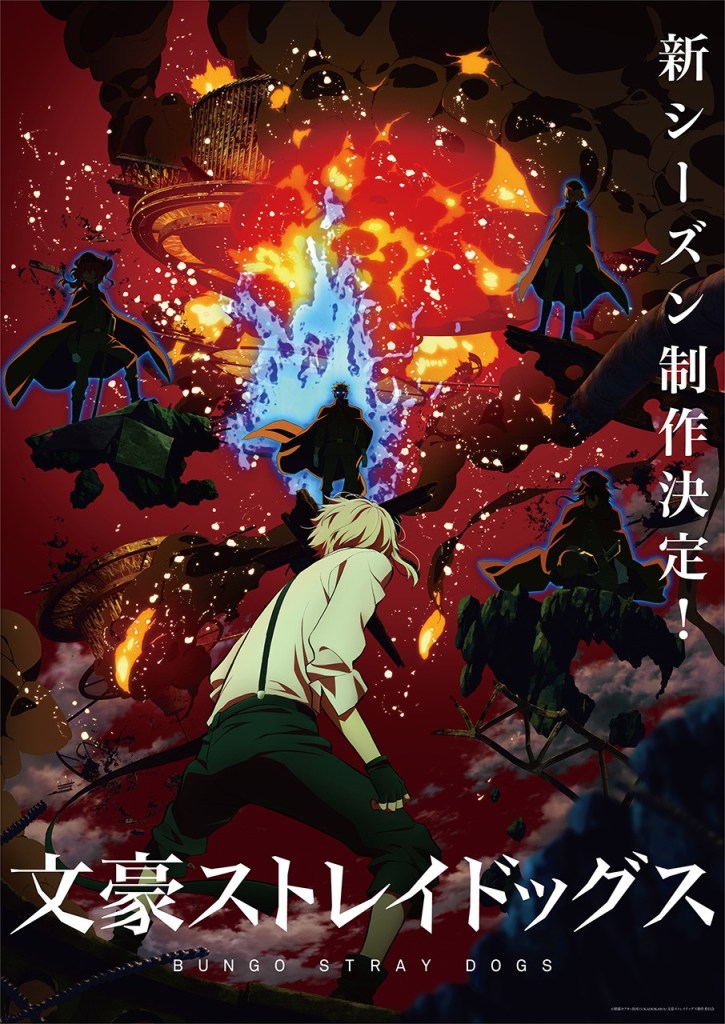 The live-action movie is based on Kafka Asagiri’s light novel Bungo Stray Dogs: Beast, telling the “what-if” story imagines if Atsushi Nakajima was in the Port Mafia and Ryūnosuke Akutagawa was in the Armed Detective Agency, instead of vice-versa. The film will open in Japan on January 7. 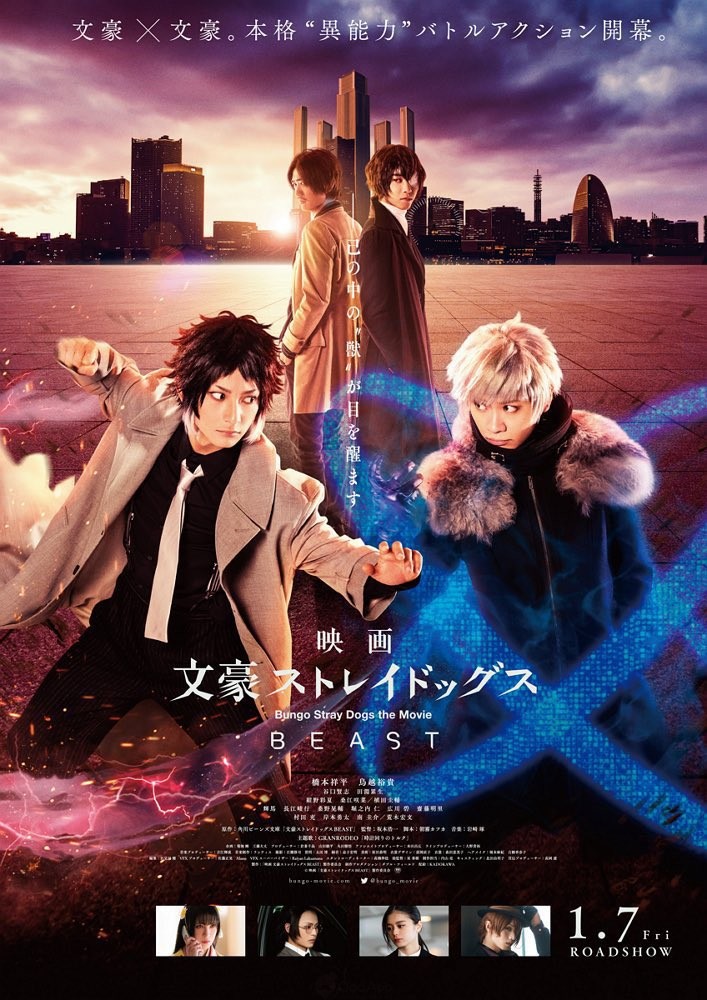 As previously announced, Shōhei Hashimoto and Yūki Torigoe are reprising their respective roles of Ryūnosuke Akutagawa and Atsushi Nakajima from the Bungo Stray Dogs stage play. 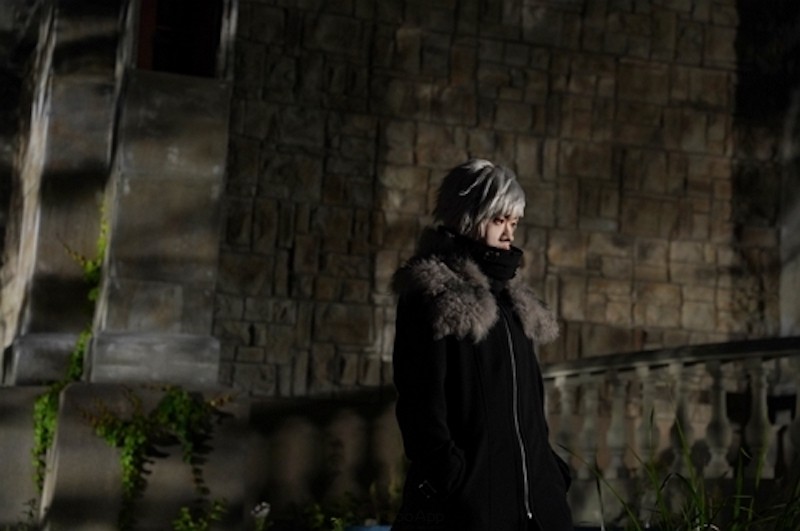 009-1: The End of the Beginning director Koichi Sakamoto is directing the film, and the light novels’ author Kafka Asagiri wrote the script.