Hypergryph debuted a new trailer for Arknights: Prelude to Dawn, the television anime adaptation of Hypergrpyh's Arknights smartphone game, during the game's 3.5th anniverary live stream on Sunday. The video reveals new cast members for the anime, who have all not been previously voiced in the game. 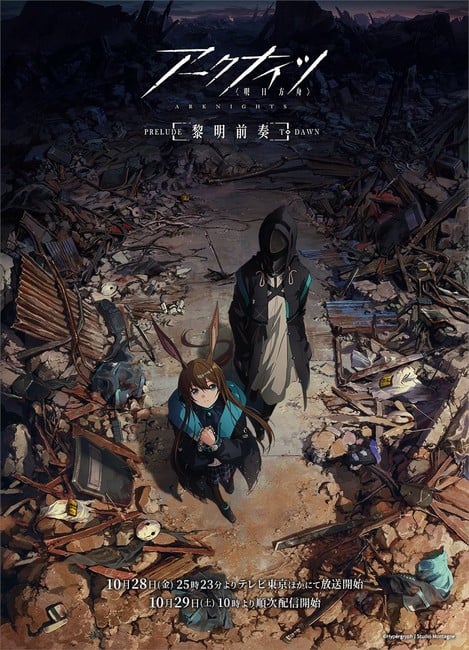 Other previously announced voice cast members for characters who have not previously been voiced in the game include Takashi Matsuyama as Ace, Kōichi Yamadera as Wei Yenwu, Momo Asakura as Medic, and Chiaki Kobayashi as Guard.

Yostar Pictures described the anime as a "season one" when it announced the show in October 2021. 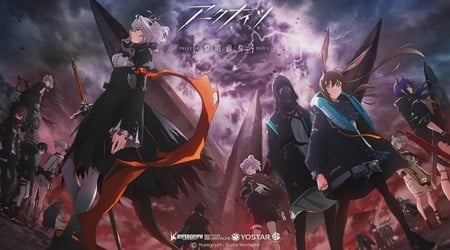 Chinese developers Studio Montagne and Hypergryph released the game in China in May 2019, and then Yostar launched the game worldwide in January 2020. The game already inspired several animated promotional videos since 2019 and a nine-minute animated "Holy Knight Light" short in December 2021 to mark the game's first anniversary.

The game is set in a fantasy world called Terra with modern science-fiction motifs. Terra is plagued by rare but devastating Catastrophes that force most people to live in nomadic cities. Catastrophes also bring forth the rare mineral Originium, which yields high energy and is thus a valuable resource, but also consumes everything around it as it grows. Those with prolonged exposure to Originium easily develop a wasting disease known as Oripathy. The story centers around the lives of Oripathy-infected individuals. A roving medical company known as Rhodes Island offers a helping hand and a place to belong for the often-shunned Infected. However, Rhodes Island has often had to conduct ad-hoc paramilitary actions against the Reunion Movement, a terrorist organization that conducts violent action aimed at governments that oppress the Infected.