The finale of Tokyo Revengers Part 2 succeeds with flying colors in leaving fans wanting a second season. After the Toman meeting where an important announcement is made, protagonist Takemichi Hanagaki returns to the present where his situation is very different. In fact, it's better than he could have ever imagined. Unfortunately, the good times are short-lived when things take a turn for the worse, and Takemichi finds his hands tied to stop it from happening.

The mood in the meeting is sombre with Baji's death still hanging in the air, but Hanma declares Valhalla will now be affiliated with Toman. With a major rival joining them, Toman will now be 450 members strong. But to Takemichi's horror, Hanma credits this joint affiliation with Kisaki, which will make it that much harder for him to convince Mikey and the rest of Toman that Kisaki is evil.

Chifuyu stands before the rest of Toman and confesses he had planned on leaving the gang after Baji died, but Mikey ultimately convinced him to stay. Taking over Baji's role is unthinkable for Chifuyu, but he can choose the person who will take over the 1st Division. That someone is... Takemichi. Everyone is shocked at the announcement, Takemichi most of all, but Chifuyu's words inject a spark of hope in him. Tokyo Revengers has brought the protagonist one step closer to becoming the head of Toman and saving Hina and the rest of his friends. 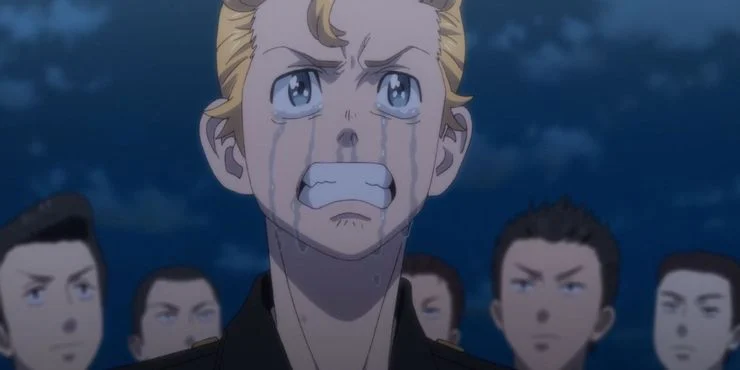 Takemichi's return to the present in the Part 2 finale is far different from his other travels. He isn't a loser anymore -- instead, he's now a highly-ranked executive of Toman along with the rest of his middle school gang. Takemichi has a hard time wrapping his head around the fact that he's come so far, but what's even more interesting is there seems to be disconnect between his future self and his current self's personalities. Judging by reactions of the other gang members, Takemichi's future self is respected but intimidating -- a far cry from the Takemichi whom Tokyo Revengers fans currently know.

After meeting up with Chifuyu, he and Takemichi head over to a meeting with Toman's upper echelon, which consists of Hanma, Pah-chin, Hakkai, Yasuhiro, Happy, and Mitsuya. There are also new members like Inui and Kokonoi, formerly of Black Dragon. Hanma delivers bad news: several of Toman's businesses were searched by the police in the same day, which means there's a traitor hiding among them.

Acting commander Kisaki walks in and Takemichi quickly notices there's something different about him -- he almost seems... nice. Upon seeing Takemichi, Kisaki invites him and Chifuyu for a drink. He admits he was responsible for Baji's death, that he orchestrated Bloody Halloween, and says he's sorry for everything. They drink to honor Baji, but the edge of Takemichi's vision suddenly goes blurry. Kisaki turns around with a smirk and confesses a dark truth: he had manipulated Kazutora into killing Baji. 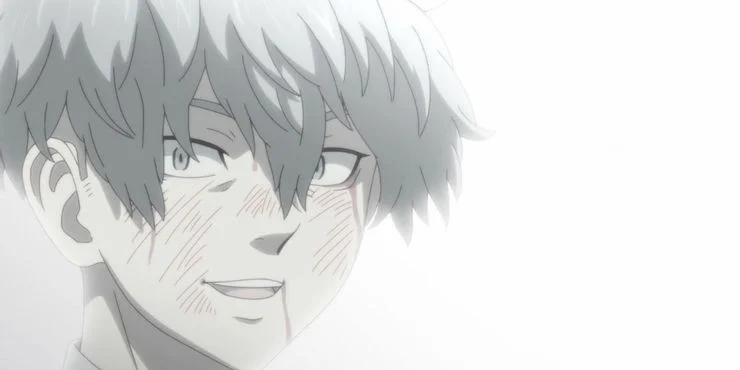 When Takemichi wakes up, he's tied to a chair alongside a bruised and bloody Chifuyu. Kisaki shoots Takemichi, the bullet going straight through both his leg and chair. With Kisaki's gun pressed to his forehead, Chifuyu reveals all that's happened in the past 12 years: Mikey is gone and Draken is dead, yet he insists that Toman hasn't changed at its core. He turns to Takemichi with a smile and tells him the same words Baji said to him before he died: Toman is in your hands.

Kisaki shoots him point-blank before turning his attention to Takemichi, suddenly growing violently angry and yelling at him. As suddenly as his anger appears, he straightens up and, with a tear inexplicably running down his cheek, Kisaki bids him farewell, calling him a "hero." A gunshot explodes and the screen turns black.

We've seen our fair share of cliffhangers in Tokyo Revengers, but the season finale has to be the most explosive yet. Is Takemichi dead? If not, how can he possibly get himself out of this situation? And more importantly, is there anything he can do to change the future? Here's hoping a second season of Tokyo Revengers will be on the way sooner than later.