The title of Log Horizon Season 3 Episode 3 is “The Round Table Fractures.” The third season of the anime has premiered recently this month. And the fans are really liking its beginning. It is likely that the anime will grow even more intense and continue to show more sci-fi stuff along with the action sequences. The second episode of the present season was a really good one.

Therefore, now the fans have even higher hopes from the upcoming episodes of the anime series. Log Horizon: Destruction of The Round Table is named after the twelfth volume of the LN series. The fans will see only twelve episodes in the third season. Two of them already aired, and the rest of them will continue to air weekly. So when will the fans be able to see the next episode of anime? Keep reading to know. 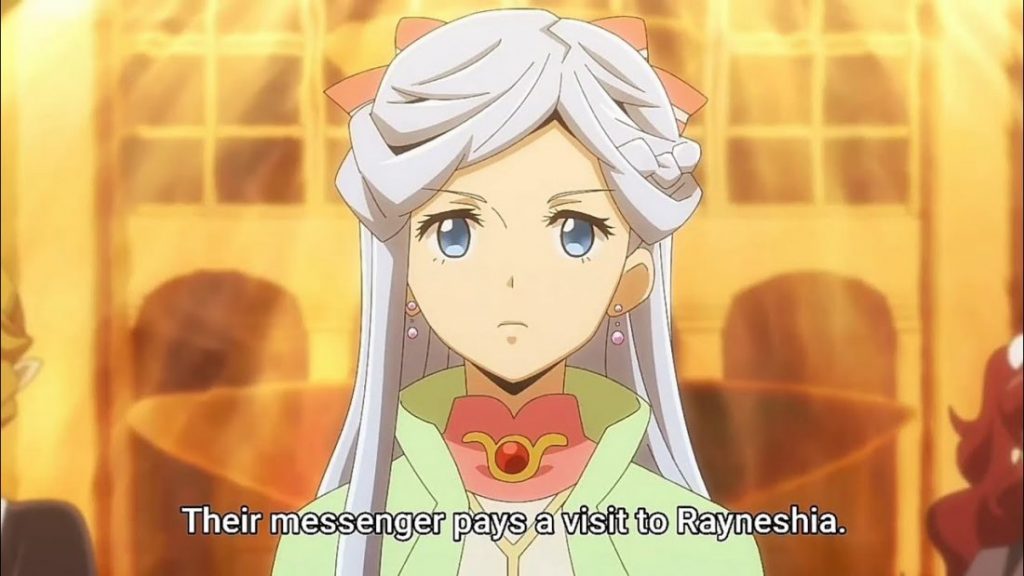 The third episode of the anime will bring a lot of stuff for the fans on the table. In it, the viewers will see Eins and Shiroe’s discussion about it later after the gathering. Since, Shiroe is likely to come face to face with Utena Itsukinomiya Touri, the head of the Saiguu Family. Therefore, the fans can expect Log Horizon Season 3 Episode 3 to be even more involved with political philosophy.

Rayneshia is conscious of the threat that would be caused upon everyone if she denies the marriage. So she might not deny it directly. So it is likely that Shiroe will try to build an opportunity by speaking to Touri and give her a distinct way to resolve this issue. If this happens, then she will agree to step in.

In the second episode of Log Horizon, the viewers saw, the People of the Earth appear to be quite passionate about the possibility of Eins becoming the Duke of Akiba. They hope that he will receive much-needed renovation. However, Shiroe and his partners are suspicious about this and naturally worried about the future of the Round Table alliance.

Later, Shiroe and Akatsuki discover about the past of Yamato. Indicus collects reports about what is transpiring in Akiba. She needs to stop Nureha from driving Minami into an association with the Round Table. Her final plan remains to rule over the complete Yamato server.

As we mentioned above, the anime series will continue to release weekly as the makers haven’t announced any breaks so far. So, Log Horizon Season 3 Episode 3 will release on Wednesday, January 27, 2021.