The title of Black Clover Episode 161 is “Zenon’s Power.” Things are finally becoming really interesting as the Spade Kingdom arc is moving forward at full pace. Yuno, the vice-captain of the Golden Dawn will face Zenon, a member of the Dark Triad. The Golden Dawn is in serious danger and Yuno will rush to save his comrades.

However, he will face Zenon and the next episodes will feature the true powers of him. Therefore the fans are very excited about the battle between them. Now it will be interesting to see how Yuno will be going to face the devil power user on his own. So when will the next episode premiere? Keep reading to know. 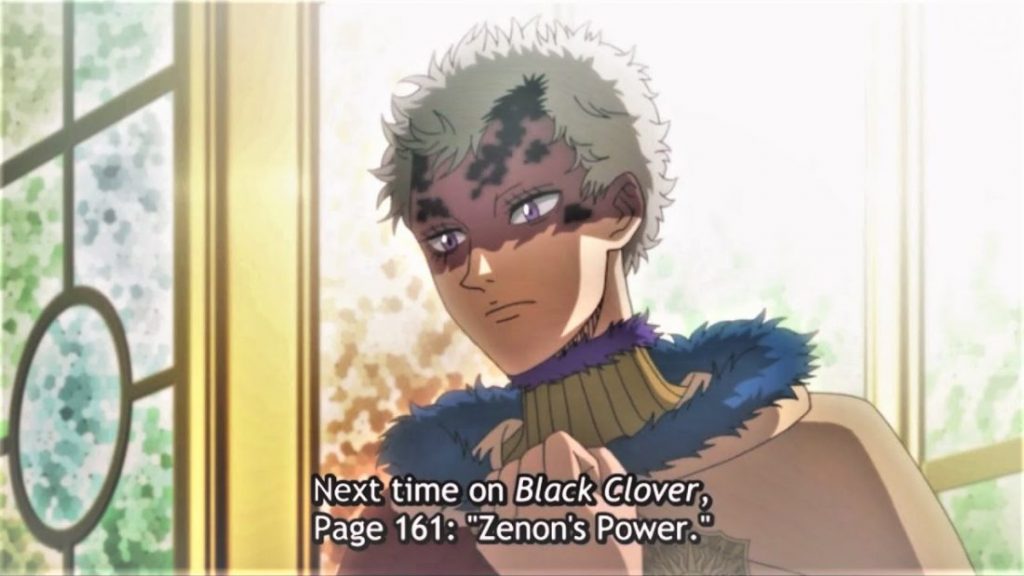 The preview of the next episode shows that Yuno promises to defeat Zenon whether he has the power of the devil or not. Spade Warriors overwhelmed the members of the Golden Dawn and they were under a vicious attack by them. And now in this battle, a member of the Dark Triad will reveal his true demonic powers. And Yuno will try everything to defeat him and avenge his comrades. The official synopsis of Black Clover Episode 161 is also out. It reads,

“The Golden Dawn is in serious danger, and Yuno hurries to help. However, their bases had been shattered and several members are on the brink of death. Yuno is angry at the circumstances. Meanwhile, Klaus and the additional members of the squad who are still able to persist continue their fight with the enemy. However, they are weak against opponents with such high magic power.”

In the last episode of Black Clover, the fans saw the mysterious past of Yuno. The fans really like his characters right from the beginning of the anime. Someone abandoned him and Asta in front of the church in Hage. A messenger who later introduced him as Ralph revealed that Yuno is the prince of the Spade kingdom. He casts a spell on Yuno which made him see his royal past. Yuno’s father spent the last of his magic so that he can deliver his son to safety. However, Yuno didn’t trust these visions.

Meanwhile, the wizards of the Spade Kingdom took advantage of Yuno’s absence and attacked the headquarters of the Golden Dawn. They were able to overwhelm the strongest squad out of the nine also defeat their captain, William. By the end of that episode, the viewers saw Yuno arriving at the scene and entering the battle. The fans are eagerly waiting for the release of the next episode of the anime as it will feature the battle between Yuno and Zenon Dogratis. Black Clover Episode 161 will release on Tuesday, January 26, 2021. It will be available to stream on Crunchyroll and other streaming platforms.