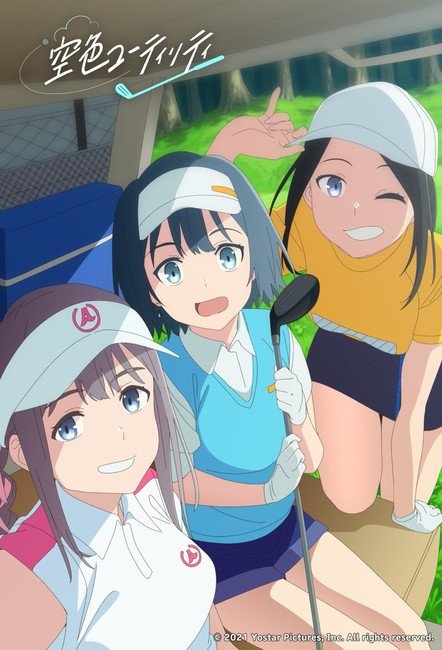 Saitō stated Yostar Pictures will announce the staff and cast at a later date. Saitō stated, "The golf anime I've said over and over I've wanted to make, I'm really being allowed to make it. I'm so happy."

Yostar founded the Yostar Pictures animation studio in 2020. Yostar CEO Hengda Lee is representative director of Yostar Pictures. Arch, a Tokyo-based company that assisted with the production of the Promare anime film, took part in establishing the studio, and is managing the studio. The studio announced on Sunday that it is producing an animated television series for the Arknights smartphone game. The company also animated the Azur Lane: Slow Ahead! television anime series.