The official YouTube channel for Yostar and Nexon Games' Blue Archive smartphone role-playing game began streaming a new anime short titled "beautiful day dreamer" for the game on Tuesday. Yostar Pictures animated the short. The short centers on the Game Development Department of Millennium Science School, and shows Momoi being roped into various activities as she struggles to come up with ideas for a game's story. The short is available with English subtitles. 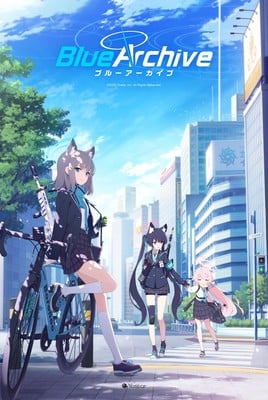 The city's academies are divided into their own districts and are considered mostly independent.

To avoid disaster, the General Student Council requests assistance from the Federal Investigation Club, otherwise known as Schale. In fact, Schale is the city's newest club and the last to be approved before the president's disappearance.

To accomplish its task, Schale relies on the guidance of a Sensei who can help them resolve the incidents around Kivotos.

(Students are required to carry personal weapons and smart phones! Get a taste of the military action, love, and friendship the Academy City has to offer!)