Will Eren and Mikasa End Up Together in Attack on Titan?

For the first three seasons of ‘Attack on Titan,’ Armin, Mikasa, and Eren are basically on the same page. They’re young, they’re in the Scouts, and they use their strengths to help unravel the mystery of the titans. But season 4 is where the anime loses its optimistic nihilism and really starts to question the perils of survival, war, conflict, and discrimination. With renegade Eren essentially giving up on Paradis’ military, his transformation into the anti-hero is seemingly complete.

Naturally, this has grown to negatively affect the relationship between the three characters, especially Mikasa and Eren. But a part of us still cannot forget the immensely strong bond that they used to share as kids. Many fans still ponder over what could have been. So, in case you’re just as curious about their relationship status, we have got your back.

Will Eren and Mikasa End Up Together?

From where we’re standing, it seems highly unlikely that Eren and Mikasa will end up together. But before we discuss their potential future, it is imperative to revisit the past. After all, it is only when Eren saves Mikasa from kidnappers in an earlier season that Mikasa develops really strong feelings towards him. Given that she has lost both her parents in an attack as well, Eren’s family decides to take her in and raise her. So, while Mikasa is technically Eren’s adopted sibling, this label doesn’t really hold any merit when it comes to them. 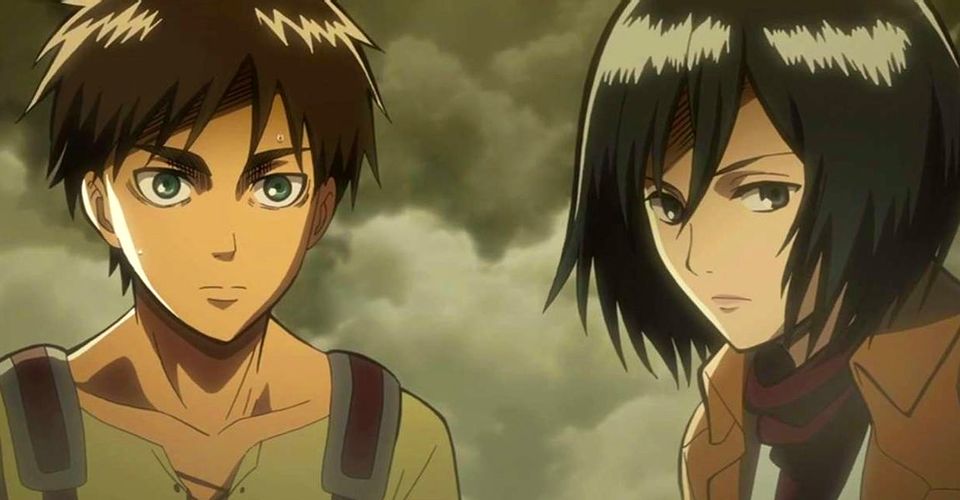 Mikasa has a very pious sense of devotion that she constantly expresses for Eren. Ever since he saved her, she has felt the need to be there with him, protecting him from any harm. This has also led to fights between them in the past, and Eren sometimes essentially feels as though Mikasa is babysitting him. Having said that, though, Mikasa has “awakened her Ackerman powers,” and so she was undoubtedly stronger than Eren until he got the powers of the titan.

But hang on tight because things are about to get a bit messy! These powers that the Ackerman clan has been bestowed with are the result of experimentation, and there is a reason why Levi and Mikasa are lowkey the strongest human characters on the show. From the manga, we know that the point of this experiment was to make humans as strong as titans without including the human devouring facet of the latter.

Moreover, in season 4 of the anime, Eren even tells Mikasa that her feelings are not genuine – she has simply transferred her instinct to protect the Eldian King onto Eren. This is further proven right when Armin attacks Eren immediately, and Mikasa instinctively steps in and stops Armin. A broken and shocked Mikasa realizes that Eren is right, at least about the part where she impulsively protects him. Eren also uses this conversation to state that he now hates Mikasa and even refers to her as a “slave.”

Clearly, Eren wants complete and utter freedom, not realizing that there is no such thing. But he does use the meeting with his friends to tip the scales in his favor, at least momentarily and psychologically. There is no denying that Mikasa has been extremely protective of Eren partly because of her awakened powers. But simply crediting her feelings to these powers is something that doesn’t make sense. After all, she has felt like she’s loved Eren for a long time, and outside of a battlefield, her feelings still remain the same.

There is no way that Eren and Mikasa will ever be able to fix their relationship without clearing the air, but the now somewhat-villainous Eren evidently has other plans. Plus, there’s also the fact that he doesn’t have a lot of time left in the world as he is a Titan Shifter and, as such, is afflicted with Ymir’s Curse. Keeping all this in mind, the chances of Eren and Mikasa ending up together are slim. After all, ‘Attack on Titan’ isn’t necessarily known for happy endings.