Why Dragon Ball Z Kai Doesn't Improve on the Original

One of the more divisive elements of Akira Toriyama's Dragon Ball franchise is Dragon Ball Z Kai, a remaster of the famous Dragon Ball Z anime launched in time for the series' 20th anniversary in 2009. Kai re-edited the original episodes while much of the main cast returned to reprise their fan-favorite roles for the new cut.

While DBZ Kai set out to streamline the series and hew closer to the original manga source material, fans continue to debate whether or not the remaster improves on the original or serves as an inferior revisit. Since its conclusion in 2015, Kai's shortcomings remain glaringly evident six years later.

With the original DBZ running concurrently with Toriyama's manga, the anime took measures to ensure its source material always stayed ahead. This included prolonged fight sequences and filler storylines that were not present in the manga, inflating the anime's episode count to ultimately run for 291 episodes. When revisiting the series in time for a 20th anniversary re-release, Toei Animation did more than simply remaster it in HD picture and sound while formatting it for widescreen presentation and replacing damaged animation cels. Fight sequences were trimmed and filler stories were omitted entirely in an effort to more faithfully adapt the manga and improve the pacing, with Kai running for 167 episodes.

In regards to what Kai does right, the visual presentation is largely an improvement, with a relatively seamless reformat to widescreen versus the original Dragon Ball Z's 4:3 aspect ratio. This includes recoloring certain sequences and characters to be more consistent with later episodes, most notably changing Vegeta's early appearance with brown hair instead of his usual black coloration. And for fans who felt the fights carried on far too long, the padding has largely been removed to make the overarching story move at a considerably brisker pace.

The problem is, a lot of fans enjoy DBZ precisely for some of the elements that Kai streamlined or omitted in its remaster. While hardly vitally important to the main narrative, side stories like Goku and Piccolo attending driving school or Goku battling in an afterlife tournament have an endearing, world-building quality to them. The filler also provides a natural breather from the main story's high stakes rather than slavishly sticking to the source material. And while some fights do admittedly go on a bit too long, even the most protracted battles have memorable moments that were cut from the Kai remaster. 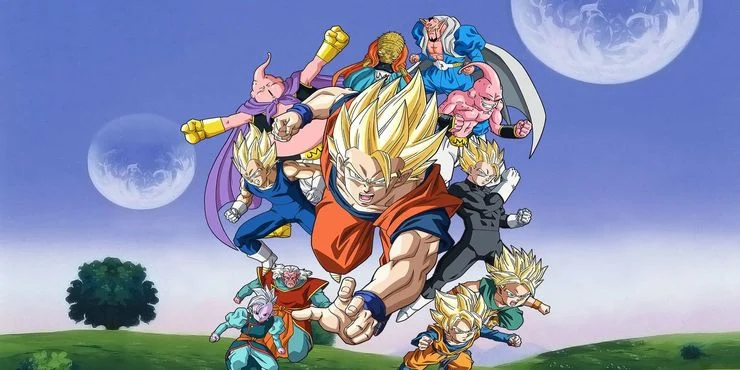 Even beyond personal preference, there are behind-the-scenes changes to Kai that make the remaster inferior to the original series. With much of the original Japanese cast recording damaged or lost, along with a new sound design, Kai has its dialogue re-recorded. Given two decades had passed since Dragon Ball Z first aired, this led to several prominent recasts, both in the Japanese and English-language dubs. Similarly, the soundtrack for the first run of Kai episodes was brand new, with the original reused for the latter run. Finally, whereas the first run of Kai episodes boasted an impressive visual remaster, Toei Animation remastered the Majin Buu Saga in-house, leading to a noticeable change in quality by comparison.

While Dragon Ball Z Kai certainly has its strengths and fair share of fans in its own right, the series doesn't quite live up to the potential of remastering the original Dragon Ball Z anime. From its truncated story, breakneck pacing and changes to the audio and visual presentation, Kai has divided fans ever since it premiered in 2009, with the debate still going on six years after its finale. And with the Dragon Ball franchise more intent on looking ahead than treading on nostalgia, perhaps some things are best left as they originally were all along.