Netflix began streaming an English-subtitled trailer for the second part of the anime series of Kousuke Oono's The Way of the Househusband (Gokushufudō) manga on Wednesday. The trailer reveals the second part's October 7 worldwide debut date on Netflix. 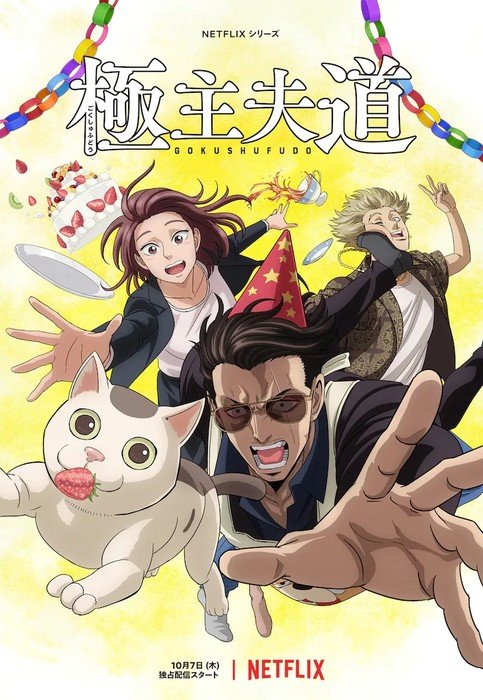 In addition, Netflix also announced that the Gokufūdō (The Way of the Household Tools) live-action series "extra" to the anime will also debut on Netflix in Japan on October 7.