Uzumaki Anime Gets Another Delay

The Twitter account for the anime of Junji Ito's Uzumaki horror manga announced on Monday that the series has been delayed again beause the staff needs more time "in order to replicate the quality of the intricate designs and detailed line work" of the manga. The staff added that it does not want to compromise the show's quality and deliver a "mediocre final product." 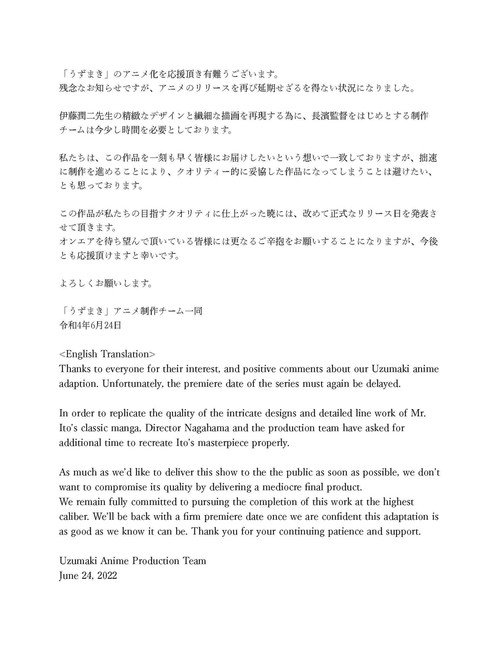 The anime was originally slated to debut on Toonami in 2020 before it premiered in Japan, but the anime was delayed to 2021. It was again delayed to October 2022 before its most recent delay.

The four-episode Uzumaki mini-series will premiere on Toonami. It remains unclear if the anime will still debut on Toonami before Japan in light of the delays.

The 1998-1999 manga follows the inhabitants of a town where strange occurrences related to a spiral shape began occurring one after another. Viz Media originally released the manga in three collected volumes from 2007-2008, and later released an omnibus edition.