The official website for the television anime of Take's Uzaki-chan Wants to Hang Out! (Uzaki-chan wa Asobitai!) manga announced on Saturday that the anime's second season will air next year. The website posted a special visual to commemorate the news: 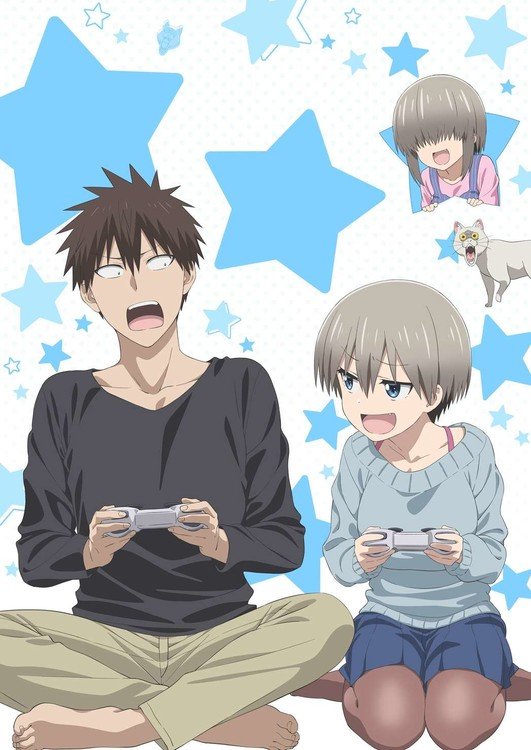 Take drew an illustration to celebrate Uzaki-chan's birthday on Saturday: 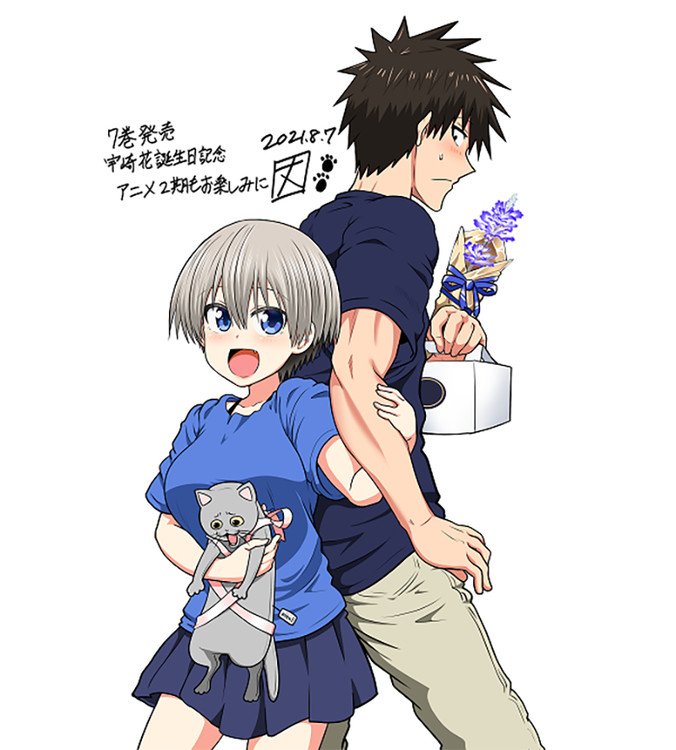 In addition, a Sound Collection will ship this fall with "all" 40 background music tracks from the anime as well as two new exclusive songs — "Seishun Swimmers" (Adolescence Swimmers) by the characters Uzaki-chan and Shinichi, and "Enjoy! Cafe Gohan" ("Enjoy! Cafe Meal") by Ami, Akihiko, and Sakaki; Uzaki-chan's covers of the full opening and ending theme songs; and the short TV-size version of the theme songs. 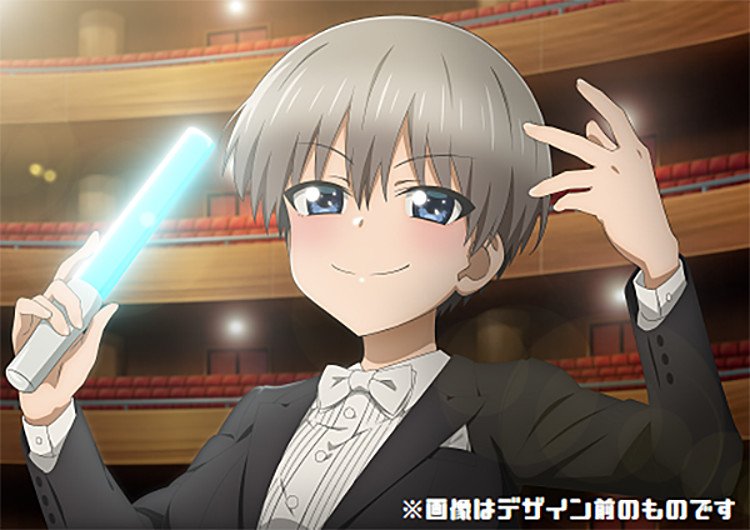 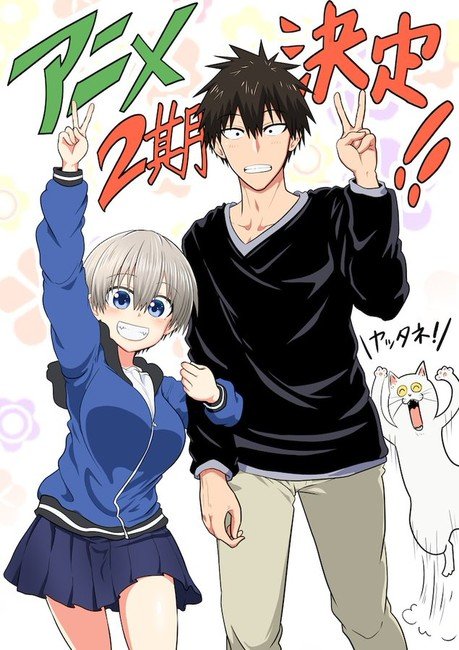 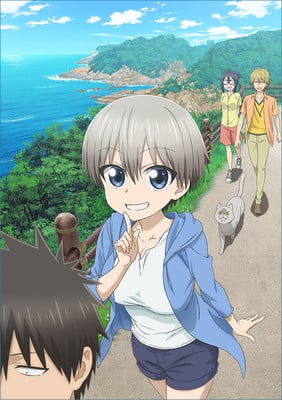 The first season premiered in Japan on July 10, 2020, and aired for 12 episodes. Funimation streamed the season as it aired in Japan.

Sakurai Shinichi's one wish is for a little peace and quiet. But Uzaki Hana–his boisterous, well-endowed underclassman–has other plans. All she wants is to hang out and poke fun at him. With the help of her chipper charm and peppy persistence, this might just be the start of a beautiful relationship!

Take launched the manga on Niconico in December 2017 as part of the Dra Dra Sharp# brand.