The official website for the 3D CG anime of Eiichi Shimizu and Tomohiro Shimoguchi's Ultraman manga announced on Wednesday that the second Ultraman anime season will debut on Netflix worldwide on April 14. The website and Netflix streamed a new promotional video. The video reveals and previews the opening theme song "3" by NOILION. 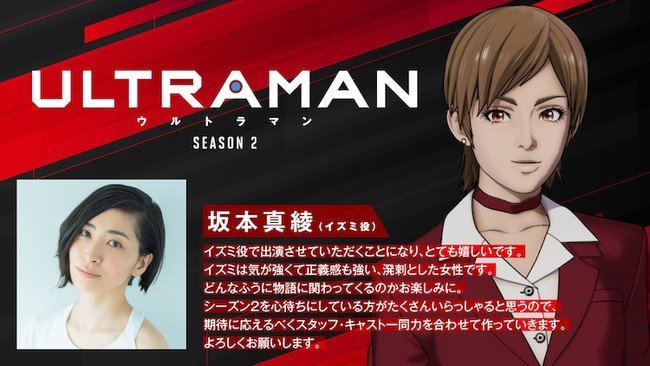 The new season's first episode will get an advanced screening at the "Ultraman World Premiere and Orchestra Concert" event on April 10.

Junichi Suwabe will voice Alien Pedanto in the anime. 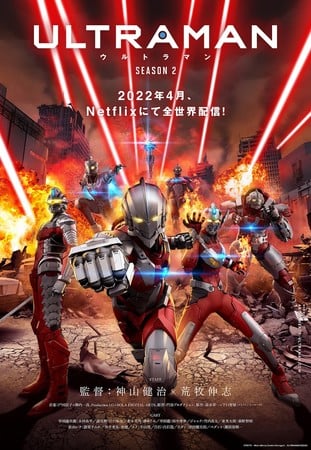 Kamiyama, Aramaki, Production I.G, and Sola Digital Arts are returning from the first season for the second one.

Tatsuhisa Suzuki was slated to play the new Ultraman character Kōtarō Higashi/Ultraman Taro in the second season, but he offered to step down from the role, due to his recent hiatus from "all entertainment industry activities." Tomoaki Maeno will voice the character instead. Suzuki performed the opening theme songs for the first season as a member of OLDCODEX.