TSUKIPRO THE ANIMATION 2 Finally Set to Premiere in July 2021

Production of the second season of TSUKIPRO THE ANIMATION was announced in the endcard for the first season's final 13th episode "TSUKIPRO LIVE 2017 WINTER CARNIVAL" aired in Japan on December 27, 2017, so the fans have been waiting for that to happen for a long, long time.

The site has also posted a key visual featuring the leaders of the franchise's four main idol units: SOARA, Growth, SolidS, and QUELL. The tagline is "We'll sing this song with you." 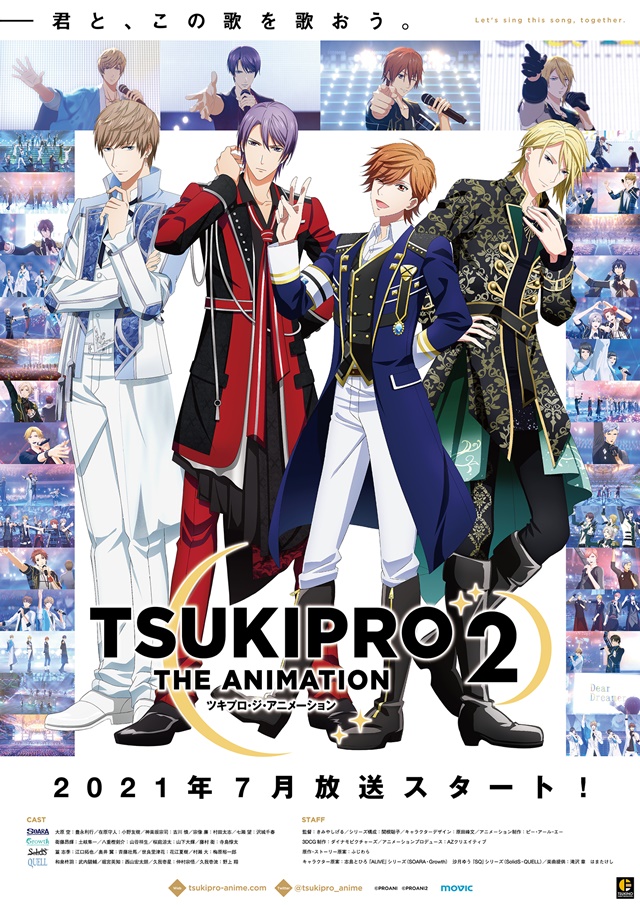