Inoue launched the manga in Kodansha's Young Magazine the 3rd in January 2017. The magazine described the manga as an "immoral crime action" story starring an elementary school girl and an old man. The man is past retirement age, and he takes a new high-paying job that demands secrecy and has no guarantee of his survival.

Kodansha released the ninth compiled volume of the manga in Japan on May 20.

Inoue launched the Coppelion manga in Kodansha's Weekly Young Magazine in 2008, before it moved to Monthly Young Magazine in 2012. Inoue ended the manga in the magazine in February 2016. Crunchyroll published the manga digitally in English, and Kodansha Comics has released all 26 volumes of the manga digitally. A science-fiction military action series' television anime adaptation of the series premiered in 2013. Viz Media streamed the anime and later released it on home video. 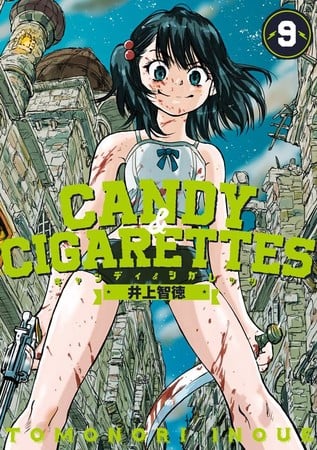