The official Twitter account for the television anime of Yuki Sato Tomodachi Game (Friends Games) manga revealed on Wednesday that Chafurin has joined the anime's cast as Manabu-sensei, the person who dresses up as the mascot character Manabu-kun. Minami Takayama voices the Manabu-kun persona. 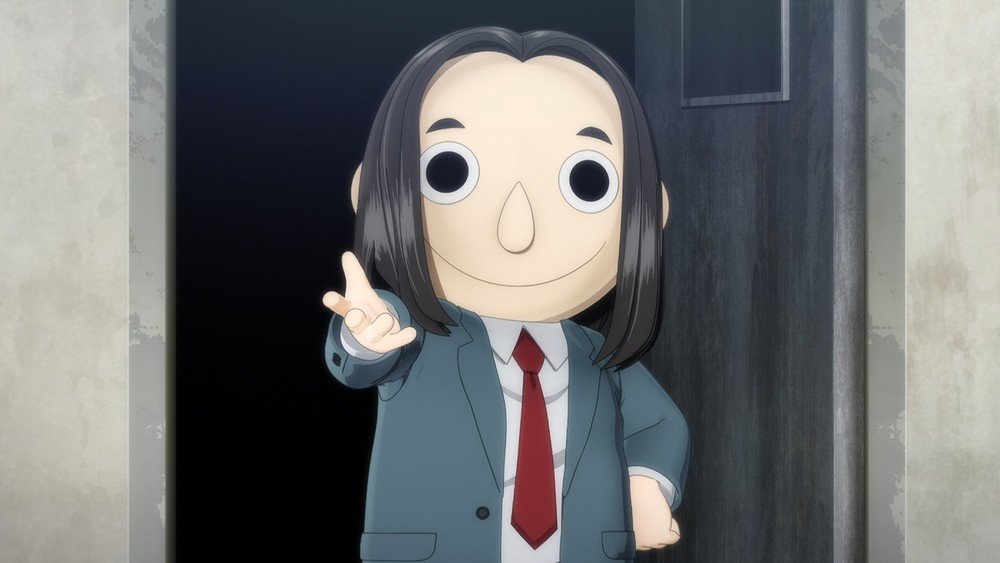 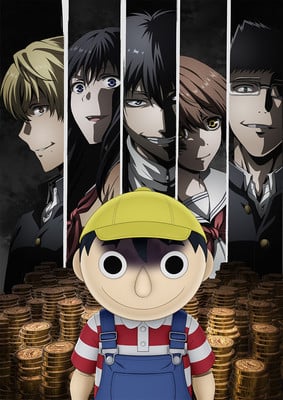 The series premiered on NTV on April 6 at 1:29 a.m. JST. The show then aired on BS NTV and AT-X. The show is also streaming on Hulu and d Anime Store. Crunchyroll is streaming the anime as it airs in Japan, and will also stream an English dub.

The story, based on Mikoto Yamaguchi's original concept, centers on Yūichi Katagiri, a young man with a perfect student life who has four friends with difficult lives. His peaceful daily life comes to an end when 2 million yen (about US$20,000) in school trip fees goes missing. Riddles unfold as Yūichi gets caught up in a mysterious game for money and must decide whether friendship or money matters more.

Hirofumi Ogura (Cells at Work!, Black Butler II) is directing the anime at Okuru to Noboru, and Kenta Ihara (Saga of Tanya the Evil, Tsukimichi -Moonlit Fantasy-) is supervising and writing the series scripts. Satomi Miyazaki is designing the characters. Studio Tulip's Si Man Wei (Edens Zero) is the art director, while Studio Tulip's Tsukasa Ohira (No Game, No Life) is in charge of art setting. Aiko Mizuno (Cells at Work!) is the color key artist. Yomogiko Murano (Attack on Titan The Final Season, Kono Oto Tomare!: Sounds of Life) is the compositing director of photography. MICHIRU (BEM, Ascendance of a Bookworm) is composing the music. Hiroto Morishita (Higurashi: When They Cry – GOU) is directing the sound at Studio Mouse.

Sato (Sherlock Bones, Yokai Doctor) launched the manga in Kodansha's Bessatsu Shōnen Magazine in December 2013. The manga went on hiatus in December 2019, returned for one chapter in February 2020, and then went back on hiatus. The manga entered its final arc in August 2020.