The official website for the television anime adaptation of Tsukiya's The Yakuza's Guide to Babysitting (Kumichō Musume to Seiwagakari) manga revealed on Tuesday that the anime will premiere in 2022. The website also revealed a visual and the show's main cast and staff. 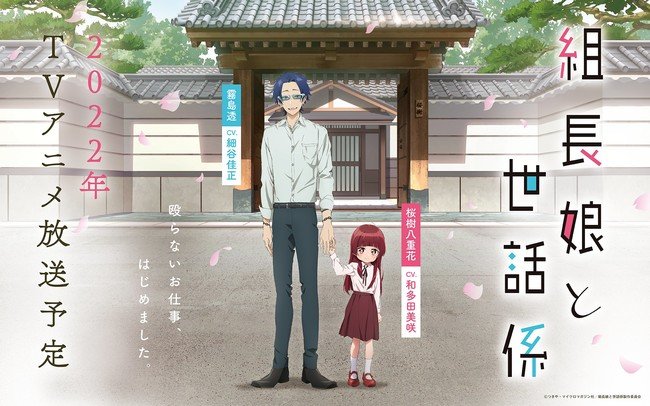 The show stars Yoshimasa Hosoya as Tooru Kirishima (left in above image) and Misaki Watada as Yaeka Sakuragi (right). 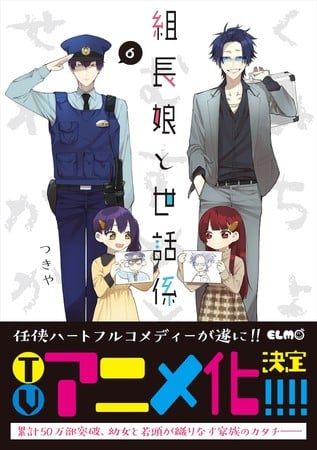 Tsukiya launched the manga in June 2018 on the Comic Ride pixiv site, and the series later moved to Comic Elmo. Micro Magazine published the sixth volume on September 10. The manga has more than 500,000 copies in circulation.

Kaiten Books has licensed the manga, and it describes the story:

Kirishima Tooru is as vicious a yakuza as they come, to the point where he's earned the nickname "the Demon of Sakuragi." To get him under control, he's suddenly given a new mission straight from the boss—to babysit his daughter!

Kaiten Books began releasing the manga in English on February 12, and released the second book volume digitally on July 23.