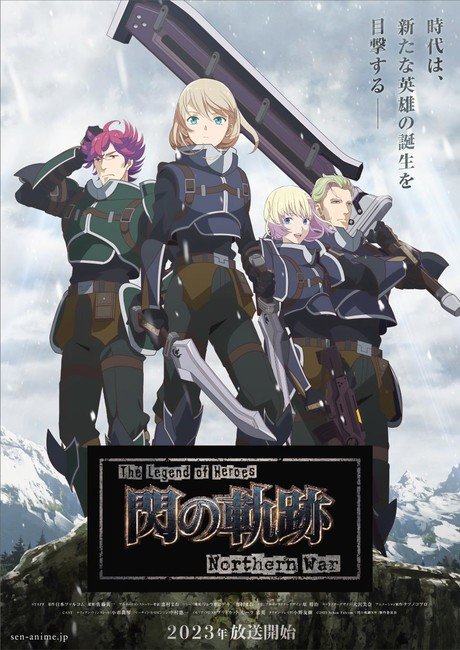 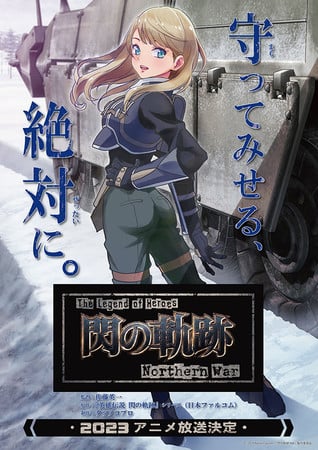 Nihon Falcom announced the anime in March 2021 with a planned 2022 premiere, but now the anime is slated for early 2023 (although the above visual just lists a general 2023 debut).

Hidekazu Sato (Aquarion Logos, Basquash!, The Slayers Next) is directing the anime, titled The Legend of Heroes: Sen no Kiseki Northern War. Mina Ōsawa (The Strongest Sage With the Weakest Crest) is designing the characters. Shoji Hara (PriPara) is credited as the original character designer. Mao Emura is in charge of animation story verification as well as series composition along with Hideki Ryо̄ga.

The anime was originally announced as a global project with the Taiwanese game company UserJoy (the developer of Falcom's works in Asia outside Japan), Funimation, content fund SYOU, and anime planning and production company NADA.

The original game series depicted the story of Rean Schwarzer in the military academy in the Erebonian Empire, but the anime will have a story that centers on the western part of the Zemurian continent based on the games.