Skeleton Knight in Another World Anime Slated for April 7

The official website for the television anime of Ennki Hakari's Skeleton Knight in Another World (Gaikotsu Kishi-sama, Tadaima Isekai e Odekakechū or Skeleton Knight, going out to the parallel universe) light novel series announced on Thursday that the anime will premiere on the AT-X channel on April 7 at 11:30 p.m. (10:30 a.m. EDT). It will also run on the Tokyo MX, Sun TV, and BS11 channels. A commercial announces the premiere date: 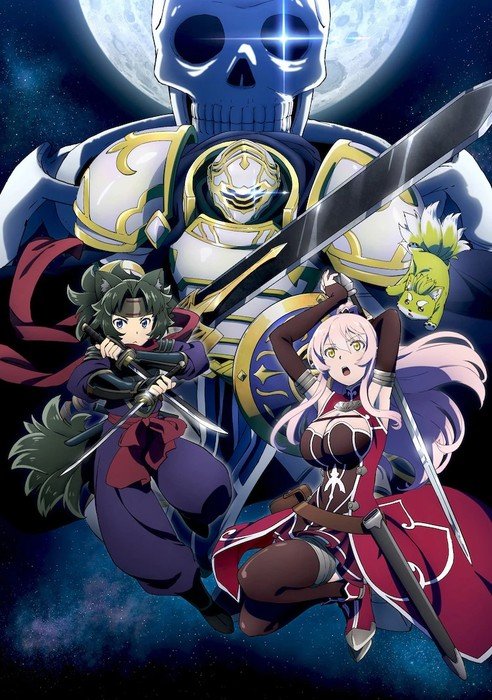 Seven Seas Entertainment is publishing the light novel series and its manga adaptation in English, and it describes the story:

One day, a gamer played video games until he fell asleep…and when he woke up, he found himself in the game world–as a skeleton! Equipped with the powerful weapons and armor of his avatar but stuck with its frightening skeletal appearance, Arc has to find a place for himself in this new, fantastical land. All his hopes for a quiet life are dashed when he crosses paths with a beautiful elven warrior, setting him on a journey full of conflict and adventure. 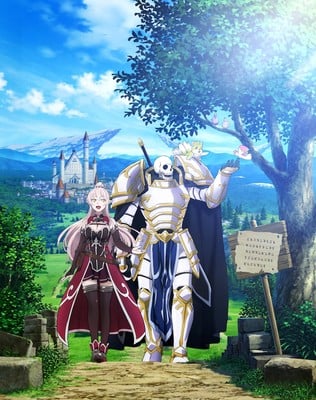 The additional staff members include:

Crunchyroll will stream the anime outside Japan.

Ennki Hakari launched the novels on the Shōsetsuka ni Narō (Let's be Novelists) website in October 2014, and Overlap published the first volume with illustrations by KeG in June 2015. The series now has 1.5 million copies (in print and digital) in circulation.