Toei began streaming a clip for the Shinkai no Survival! anime film on Friday. The clip shows the film's main characters being attacked by a giant squid, only for it to be fended off by a sperm whale.

The film is part of this year's Toei Manga Matsuri omnibus, which also opened in Japan on Friday. 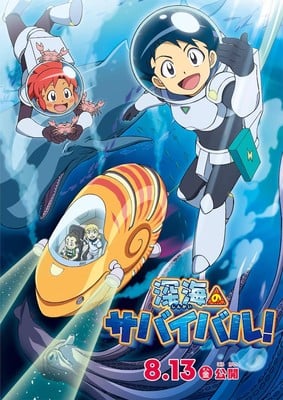 The Kagaku Manga Survival manga series follows children in various adventurous situations while weaving information about science into the story. The previous film, Survive! Inside the Human Body (Jintai no Survival), focused on the human body, while the new film is about the deep sea. Shinkai no Survival! is the best-selling book in the series. The books have 10 million copies in print in Japan.