The official website for the Ikki Tousen franchise revealed on Monday that the television anime adaptation of Yuji Shiozaki's Shin Ikki Tousen manga will debut in spring 2022. The site also revealed a visual along with the show's cast. 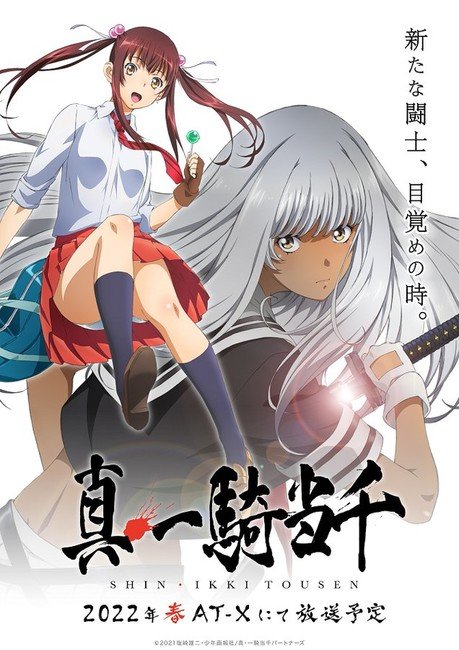 Shiozaki's original Ikki Tousen manga centers around Hakufu Sonsaku, a high school student who possesses a magatama that allows her to channel the spirit of the warrior Sun Ce from China's Three Kingdoms era. She fights students from other high schools, each bearing their own magatama and embodying a different hero from the era. 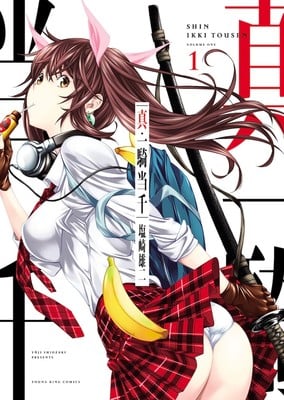 Shiozaki launched the original Ikki Tousen manga in Wani Books' Monthly Comic Gum magazine in 2000, and serialized it in the magazine until the magazine suspended publication in May 2015. Shiozaki then continued to serialize the manga on the Monthly Comic Gum website, which was renamed WEB Comic Gum, until August 2015. Tokyopop held the license to Shiozaki's original manga in North America under the name Battle Vixens until the company closed its North American publishing branch in 2011.

The manga has inspired four previous television anime and five previous OVAs. Ikki Tousen: Western Wolves is the newest anime entry in the franchise, and it shipped on Blu-ray Disc and DVD in February 2019. The anime's three episodes also aired on AT-X from January to March 2019.