Katarina's web novel Shangri-La Frontier is inspiring both a television anime next year and a game. 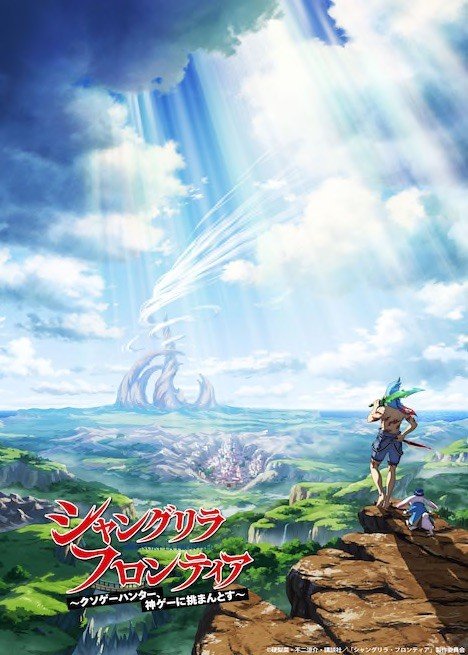 Kodansha Comics publishes Ryōsuke Fuji's manga adaptation of the story, and it describes the story:

Second year high school student Rakurō Hizutome is interested in one thing only: finding "shitty games" and beating the crap out of them. His gaming skills are second to none, and no game is too bad for him to enjoy. So when he's introduced to the new VR game Shangri-La Frontier, he does what he does best—min-maxes and skips the prologue to jump straight into the action. But can even an expert gamer like Rakurō discover all the secrets that Shangri-La Frontier hides...?

The cast, led by two members who are returning from a 2021 promotional video, includes:

Toshiyuki Kubooka (Harukana Receive, Wandering Witch - The Journey of Elaina) is directing the anime at C2C with assistant director Hiroki Ikeshita, and Kazuyuki Fudeyasu (Black Clover, Dropkick on My Devil!, Hetalia The Beautiful World, In the Land of Leadale, Record of Ragnarok) is supervising and writing the series scripts. Ayumi Kurashima (DEVILMAN crybaby, Megalobox 2: Nomad) is serving as character designer and chief animation director. monaca is composing the music.

The other staff members are:

Netmarble Nexus is developing the game, and Netmarble is publishing it. 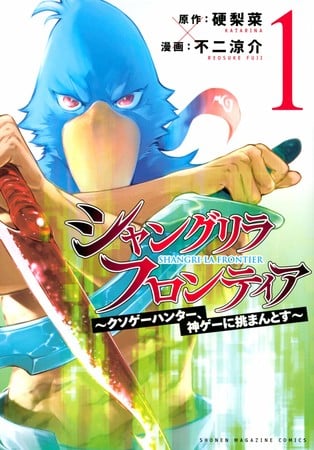 Katarina debuted the novel series on the Shōsetsu-ka ni Narō ("Let's Be Novelists") website in May 2017. Kata also wrote an additional novel series in Weekly Shōnen Magazine. The series follows the heroine Saiga 0, who is the top player of "Shangri-La Frontier."