The official Twitter account for the anime based on so-ma-to's Shadows House manga announced on Friday that Kensho Ono will join the cast of the second season of the anime as Christopher / Anthony. 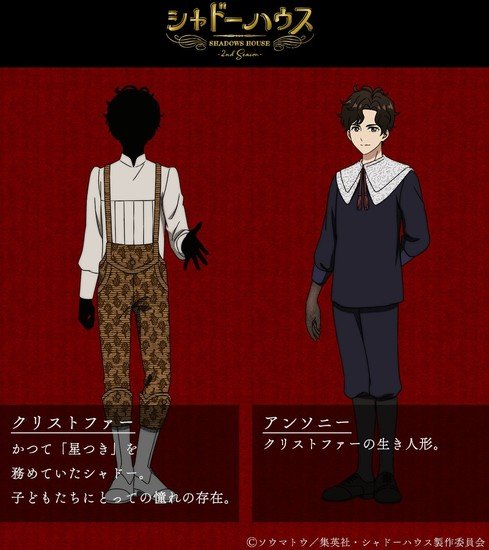 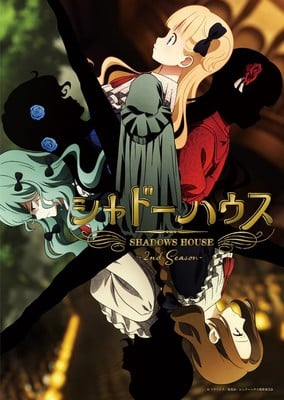 The series premiered on the Tokyo MX, BS11, Gunma TV, and Tochigi TV channels on July 8 at 24:00 (effectively, July 9 at midnight), and the show also airs on BS Asahi, WOWOW, MBS, and Fukushima TV. Crunchyroll is streaming the show in English, Latin American Spanish, and Brazilian Portuguese as it airs in Japan.

Creators so-ma-to had noted it was said during the first season (when they supervised the scripts) that there would be only one cours (quarter of the year) for the anime. The creators added that a new season means they would have to supervise scripts once again while still serializing the manga, but vowed to do their best.

The first season premiered in April 2021. Funimation streamed the anime as it aired in Japan, and it also streamed an English dub. The company describes the story:

High atop a cliff sits the mansion known as Shadows House, home to a faceless clan that pretends to live like nobles. They express their emotions through living dolls that also endlessly clean the home of soot. One such servant, Emilico, aids her master Kate as they learn more about themselves and the mysteries of the house.