Second and Third Season of 'Tate no Yuusha no Nariagari' Announced 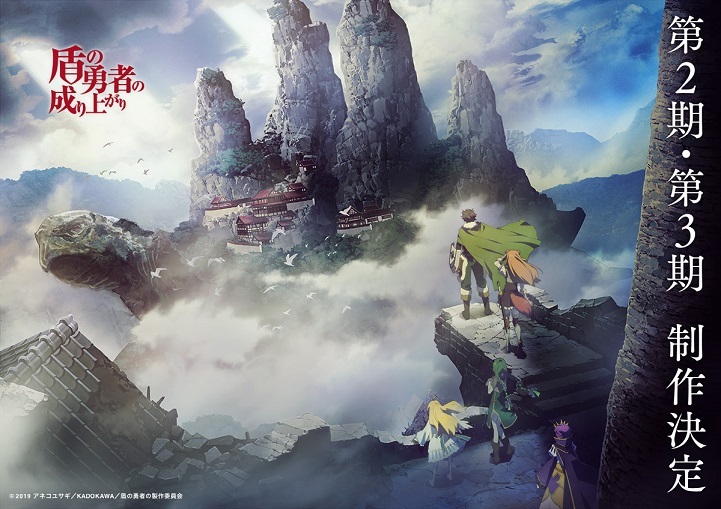 The special stage panel of Tate no Yuusha no Nariagari (The Rising of the Shield Hero) at the Crunchyroll Expo convention announced both a second and third season for the anime series on Sunday. The official website also unveiled a new key visual (pictured above).

Tate no Yuusha no Nariagari adapts Yusagi Aneko's adventure fantasy light novel of the same title, which originally launched on the Shousetsuka ni Narou website in October 2012. Kadokawa began publishing the novel with illustrations by Seira Minami the following August. The novel reached a cumulative circulation of 7.8 million copies with the release of the 22nd volume on June 25.

Kyu Aiya began serializing a manga adaptation in Comic Flapper in February 2014. Kadokawa shipped the 13th volume on April 23, with the 14th volume planned for a September 21 release.

The first anime season produced by Kinema Citrus aired in two cours between Winter and Summer 2019, covering the first five volumes and the beginning of the sixth volume. Crunchyroll—who participated in the anime's production committee—simulcast the show with subtitles. Funimation subsequently streamed an English dub.

One Peace Books licensed both the light novel and manga in English in 2015. The 13th light novel volume and the 11th manga volume shipped on December 18 last year and May 28, respectively.