The official website for Sakura Kakumei ~Hana Saku Otome-tachi~, Sega and Delight Works' new smartphone game for the Sakura Wars franchise, announced on Thursday that the game will end service on June 30. The game already stopped selling Ryōshi Suishō (Spirit Crystals), the in-game units of currency, on Thursday, and the staff plan to begin accepting refund applications on June 30.

The announcement added that the development team tried to make improvements to the game's events and mechanics, but decided to halt the game's service after taking into consideration the difficulty of developing games in the current environment.

The game also has a 24-minute anime and opening video by CloverWorks that debuted on September 2 last year, the same day the game was unveiled. 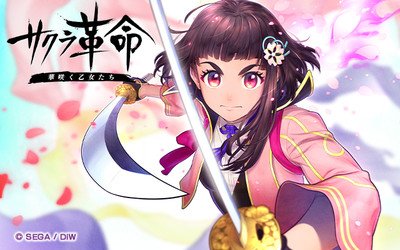