Yūji Nakamura's Rokudō no Onna-tachi manga is getting a television anime which will premiere on the Tokyo MX, MBS, and BS Asahi channels in April. 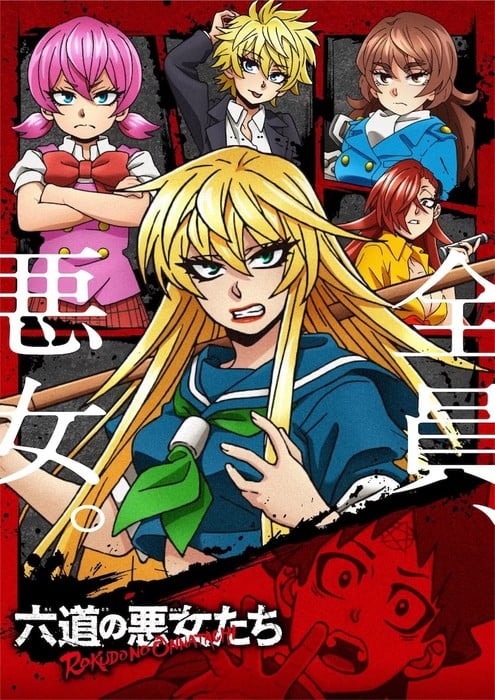 Keiya Saitō (Baki) is directing the anime at Satelight, and Yūichirō Momose (So I'm a Spider, So What?, Lucifer and the Biscuit Hammer) is in charge of the series scripts. Shin'ya Segawa (Pastel Memories) is designing the characters. Hideaki Onishi is handling sub-character design, and Hiroyuki Taiga (Transformers: Robots in Disguise, FUUTO PI) is in charge of mechanical designs. Yasuyoshi Uetsu (Triage X) and Tomoaki Chishima are credited for prop design.

The manga follows Tо̄suke Rokudо̄, a timid high school boy who gets bullied by delinquents. He receives a scroll from his late grandfather, leaving a mark on his forehead. The mark's effect causes a delinquent girl named Ranna Himawari to fall in love with him.